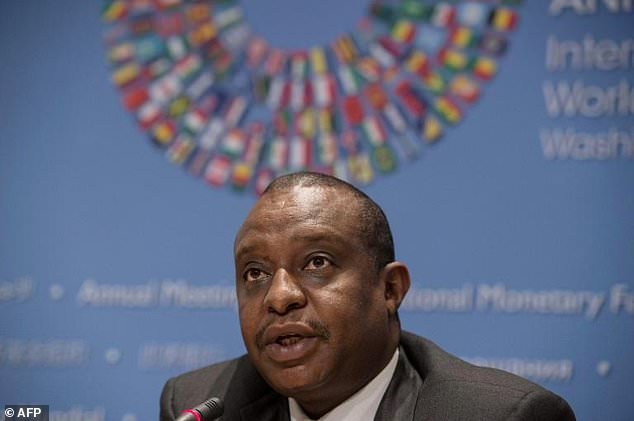 Kenya’s Finance Minister Henry Rotich pleaded not guilty Tuesday to corruption charges linked to the construction of two dams, a rare example of a sitting minister facing court in the graft-wracked country.

Rotich and 15 other top officials appeared in a packed Nairobi court to be charged with more than 10 financial crimes including fraud, abuse of office and receiving bribes, to which they replied in turn: “not true”.

Rotich handed himself over to police on Monday after the country’s top prosecutor ordered he and 27 other officials be arrested and charged over a multi-million dollar corruption scandal.

Director of Criminal Investigations George Kinoti has said he will seek arrest warrants for suspects from an Italian firm contracted to build the dams, and for those in Kenya who have not yet handed themselves in.

Two dams were to be built in western Kenya to provide much-needed water and electricity to residents.

But chief prosecutor Noordin Haji said the conception, procurement and payment processes for the project was “riddled with irregularities”.

“Investigations established that government officials flouted all procurement rules and abused their oath of office to ensure the scheme went through,” he said.

The contract was awarded to Italian firm CMC di Ravenna in a manner Haji said flouted proper procurement procedures, and despite financial woes that forced the company into liquidation.

According to the contract, the project was to cost $450 million (401 million euros), but the treasury had increased this amount by $164 million “without regard to performance or works,” said Haji.

Some $180 million has already been paid out, with no construction to show for it.

Another $6 million was paid for the resettlement of people living in areas that would be affected by the project, but there is no evidence of land being acquired for this, the chief prosecutor said.

“I am satisfied that economic crimes were committed and I have therefore approved their arrests and prosecutions,” Haji said Monday.

Rotich has held the finance ministry since 2013.

“The persons we are charging today were mandated with safeguarding our public interest and deliberately breached this trust,” according to Haji.

“Under the guise of carrying out legitimate commercial transactions, colossal amounts were unjustifiably and illegally paid out through a well-choreographed scheme by government officers in collusion with private individuals and institutions.”

Dozens of top executives and government officials have been charged since last year. with President Uhuru Kenyatta vowing to combat corruption. Kenyans have seen hundreds of millions of dollars in public money disappear in regular scandals.

Kenyatta is the latest in a string of presidents to declare war on graft, but with a history littered with unsolved cases, many Kenyans see the scourge as an unavoidable fact of life.