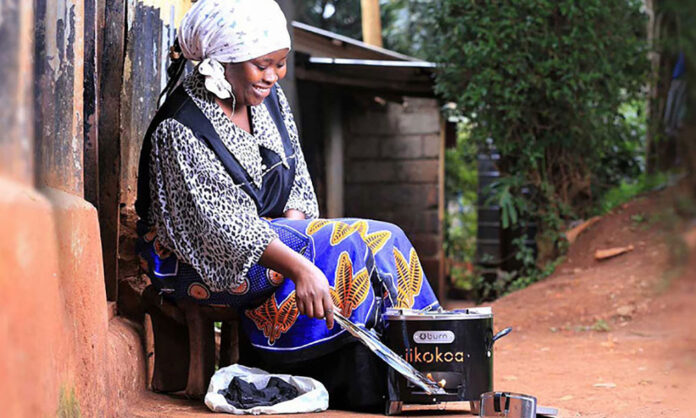 A vertically integrated modern cookstove company based in Kenya is venturing into Somaliland and the Horn of Africa to offer efficient and clean cooking solutions for households.

The company which is based in Ruiru in Kiambu county designs, produces and distributes durable and economical charcoal and wood cookstoves that also reduce harmful smoke emissions which can cause significant health problems, even death.

According to Mohamed Osman Adam, Director BURN Manufacturing in the Somali Regions, the company wants to engage stakeholders in Somaliland as part of its wider campaign to reach out to the community on the

“The activity is managed by BURN Manufacturing company. In this context, a Local Stakeholder Public Consultation will be carried out for all local, affected, and interested stakeholders, including non-governmental organizations, women groups, research institutes and organizations/individuals working on topics related to the project activity, policymakers on a national and state level as well as for local people, communities and or representatives who are directly or indirectly affected by the project,” a statement from BURN indicated.

BURN has already cemented its roots in Kenya where it was launched in 2014. It is the only vertically integrated modern cookstove company in Sub-Saharan Africa. The solar-powered facility in Ruiru currently has a capacity of 45,000 stoves per month and employs over 400 people, 60% of whom are women.

Over the next three years, BURN aims to expand to Tanzania, Uganda, Zambia, DRC, Nigeria, and Ghana, launch five new products and increase production capacity in Kenya from 45,000 to 120,000 units per month.

The idea to set up the company was mooted by Peter Scott who while travelling through Zaire (now Democratic Republic of Congo) in 1990 witnessed the deforestation caused by charcoal production for household cooking. At that moment, he committed his life to save forests in Sub-Saharan Africa through the design and manufacture of fuel-efficient cookstoves.

In 2010, after spending 13 years as a cookstove consultant in Central America and Sub-Saharan Africa, Scott launched Burn Design Lab and BURN Manufacturing Co. on Vashon Island, Washington. On a shoestring budget, BURN assembled a team of world-class designers and engineers who were also committed to designing the world’s most fuel-efficient cookstoves

“When BURN started there was little faith in the cookstove sector to deliver tangible results. Over the last 10 years, BURN has built a successful business while proving that cookstoves can deliver transformative social, financial, and environmental impacts. A recent study done by UC Berkeley shows that a $40 household investment to purchase a Jikokoa generates a staggering $1000 return for society,” the company states.

“Not only do we sell the world’s most fuel efficient charcoal and wood household stoves, but BURN is also the only jiko company that manufactures all of its products in the sub-Saharan Africa’s only state-of-the-art clean cookstove manufacturing facility. We are extremely proud to employ 225 team members throughout Kenya and support a workforce which is 60 percent female, thus empowering women in roles traditionally considered to be for “for men only,” the company adds.

According to the company, it has since 2013 sold 900,000 plus stoves in Kenya which have helped over 4 million beneficiaries save $ 215 million in fuel expenditures and 2.6 million tons of wood while reducing indoor air pollution by 65 percent.

Burn currently sells 25,000 stoves a month and is on track to double sales over the next year by expanding its model across the continent.