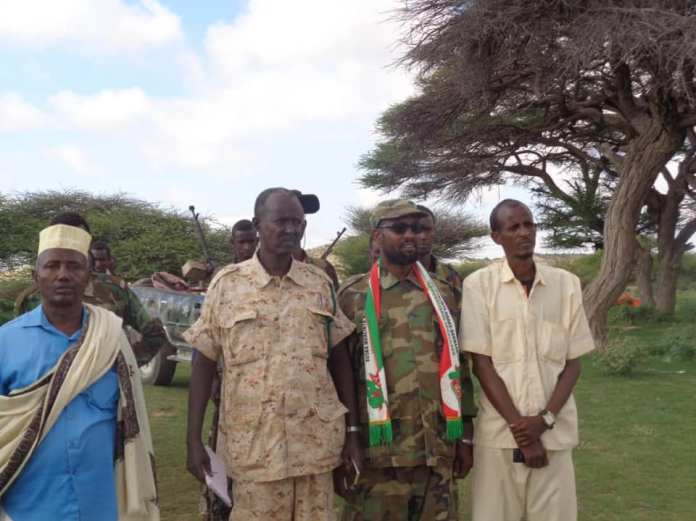 70 militia soldiers have defected from Puntland and joined with Somaliland on Tuesday.

SL officials have greeted the militia soldiers who have claimed that they defected from Puntland due to gross injustices that Puntland authorities have subjected to them.

Lieutanat Abdihakim Yasin Mohmud has said that they have acknowledged that Somaliland is their homeland and confirmed that they have defected from Puntland administration.

He cited that there is widespread tribalism which they could not bear with and decided to return to their homeland.

He further pointed out that they are happy after having been received back to their district.

He promised that from now on that they will be integrated into the national army.

Bo’ame district commissioner Faarah Ali Mohamed, said that the soldiers who are SL nationals have returned to their soil.

He expressed thanks to the soldiers for realizing the reality which led to come back to their soil.

It is noteworthy that the soldiers defected with two battle wagons.