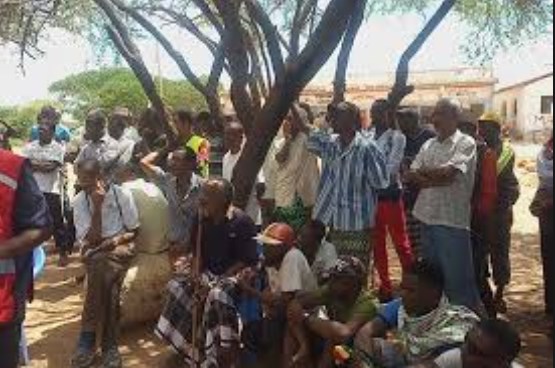 Kenya has closed its border with Somalia in Lamu indefinitely as security operations against Al Shabaab militants intensify.

Lamu County Police Commander Mr Muchangi Kioi said the border will only remain open to security officers.
The country has also prohibited residents living in the border villages from any cross-border trade.

Mr Kioi said that those who contravene the directive will lose their business permits and will be arrested.

The border closure comes barely a week after fishing activities off the Coast near the Somalia border were outlawed.

Authorities cite illegal trade including fake goods and human and drug trafficking having been on the rise in the region.

The county police chief says officers have been patrolling Ishakani, Kiunga, and Ras Kamboni to effect the ban and that they have seized 10 bags of contraband sugar and several cartons of milk.

“We have already seized at least 10 bags of illegal sugar of Brazilian origin. They were purchased from Somalia by residents in Kiunga. I want to make it clear that it is an offence to engage in any manner of cross-border trade with those from Somalia. Apart from security concerns, we are also aware of human and narcotics trafficking. That must stop. It is now a crime and for those who do not know, the border remains closed until further notice,” said Mr Kioi.

The police boss also warned shop owners selling commodities from Somalia or those ferrying products from Kenya to Somalia.

“Those smuggling contraband items from Kenya into Somalia and vice versa will have themselves to blame. We will destroy those items and close your shop. We will also arrest and prosecute you,” said Mr Kioi.

Trouble on the Lamu-Somalia border began in 2011 when Al Shabaab militants from Somalia abducted fishermen and tourists.