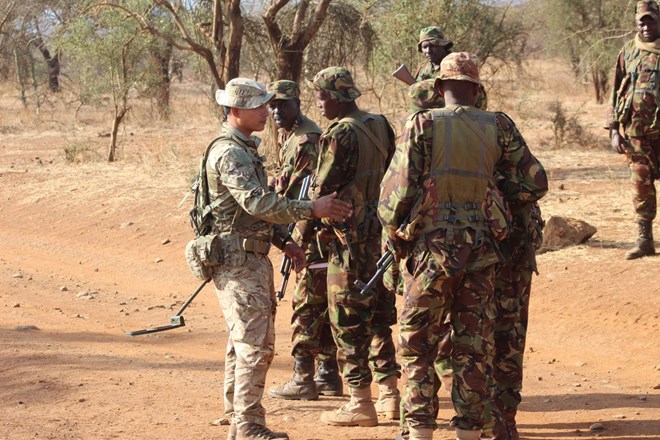 Kenya Defense Forces troops have been accused of detonating mast for Somalia’s largest telecommunication company for the 12th time in less than two years.

Hormuud Telcom on Saturday issued a statement, accusing KDF troops of destroying the infrastructure at the Gedo region, without having committed a crime.

In the statement, the company also accused KDF of killing one of staff members in a past attack and injuring a number of them.

And now, the company is urging the African Union, the United Nations and AMISOM to intervene and prevent the troops from degrading international community’s integrity.

“For the 12th time this year, KDF has detonated our masts in Aws-Karun at Gedo region of Jubbaland. The attack took place on August 22nd. The troops used powerful machines to destroy the equipment.

“In an earlier attack, the KDF troops killed one of our staff and injured others. These unlawful acts by KDF amounts to war crimes and will turnish the effort of international community to stabilise Somalia,” the company said in a statement.

The attack came just days after KDF troops also blocked an Ethiopian plane from landing at Kismayo Airport, in a move seen as a strategy to ensure Ahmed Madobe was re-elected.

And Somalia federal government has already opposed Madobe’s victory, citing massive irregularities and rigging. He won having scored 56 votes of the available 74.

“Somali federal government announces it will not recognise results from “self-appointed” elections in Kismayo on Thursday.”

The Federal Govt says process followed was not inline with electoral process set out by the Ministry of Interior, Federal and Reconciliation,” said Harun Maruf.

While KDF attacks targeting Somalia and its accomplices are common in Somalia, the force is yet to issue any statement with regard to the allegations.