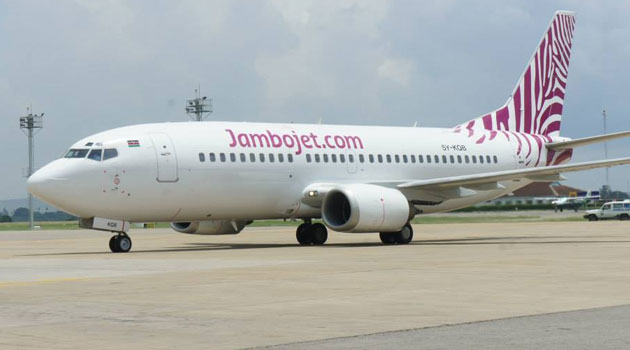 said local carrier Jambojet will start flying to Somali and Burundi as part of its plan to grow its regional presence.

The Mogadishu flights will start on 15th November.

Speaking to Capital in The Morning Mikosz said the airline sees an opportunity in the growing regional air traffic.

Mikosz said that the Kenya Airways subsidiary is being positioned as a regional carrier, flying within 2-hour destinations, “from Kilimanjaro, Zanzibar or Entebbe.”

“We want to use smaller and cheaper planes but fly to more destinations more frequently,” said Mikosz.

He said increased local flights by Jambojet will boost the profile of Jomo Kenyatta International Airport as an interconnectivity hub.

In addition to seven destinations in Kenya, Jambojet expanded to Uganda in February 2018 flying to Entebbe daily.

The two aircraft will be joining the Jambojet fleet which currently comprises of five Bombardier Q-series leased by the carrier between May 2017 and May 2018.

The planes will be purchased by the global aviation company directly from the manufacturer under a Skyline arrangement for onward lease.

Jambojet CEO, Willem Hondius says the agreement comes at a time when the airline is expanding its footprint in East Africa.