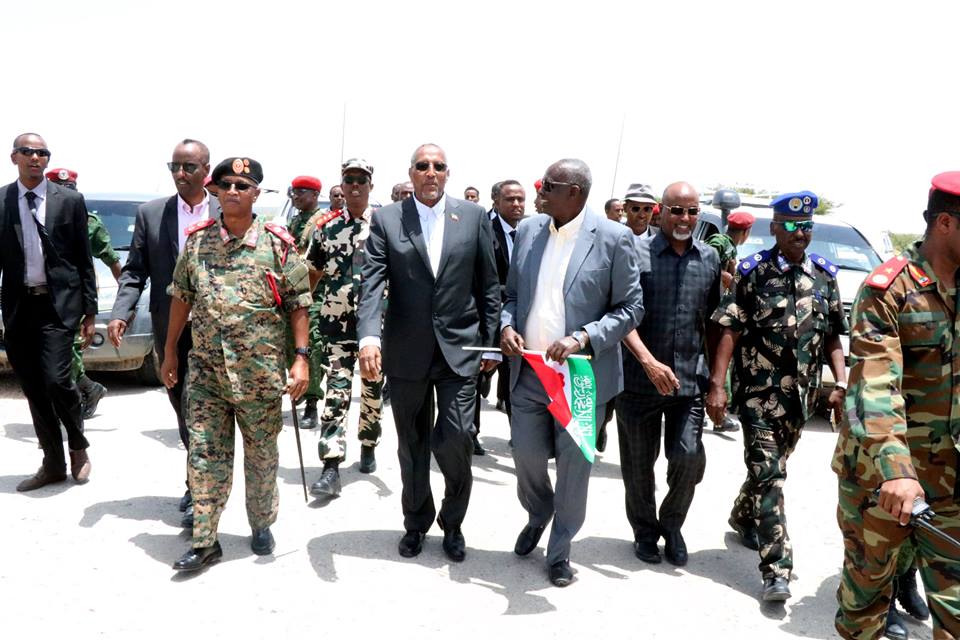 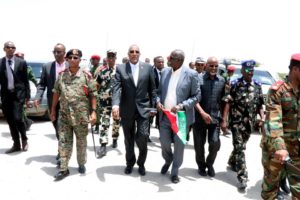 GEBILEY–The Head of State H.E Musa Bihi Abdi and his entourage toured Gabiley province. This is the first time since his inauguration that the president has visited his support base. Thousands of people had persevered the hot
weather to welcome the president. The town inhabitants waited for their commander in chief at the outskirts of the town.

Upon his arrival in Gabiley town the president disembarked from his car to greet his supporters who had thronged the town streets. Women sang praise songs in his honor and ululated in support of his 8 month old administration.

The president spokesman Mr.Mohammud Warsame Jama informed the press the agenda of the president visit.

“The intention of this presidential visit is a fact finding mission of the situation of the western region of the country. The president wants to see the development projects his government is initiating in the region are implemented.

The presidential spokesperson revealed that the head of state will meet with the regions leaders to find out what the province lacks so that his administration could implement.

“The president will meet government leaders, the civil society and cross section of the society to gauge the best way to initiate development projects. Mr.Mohammud stated.