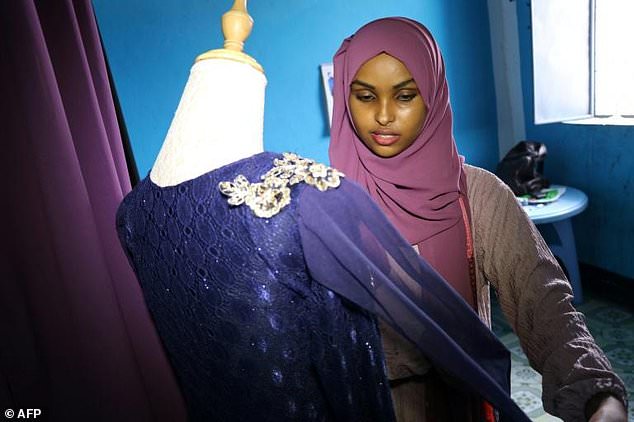 “My whole life, fashion design was a dream,” says the 23-year-old university student, who last year began running a cottage business out of her family’s home in Hamarweyne, the historic heart of Somalia’s coastal capital Mogadishu.

For Hassan, it began with art, when she found herself drawn to sketching clothes rather than the animals and landscapes preferred by her peers.

Then she set to work on tailoring to turn her images into reality.

“I realised this could be my field of expertise,” she says. 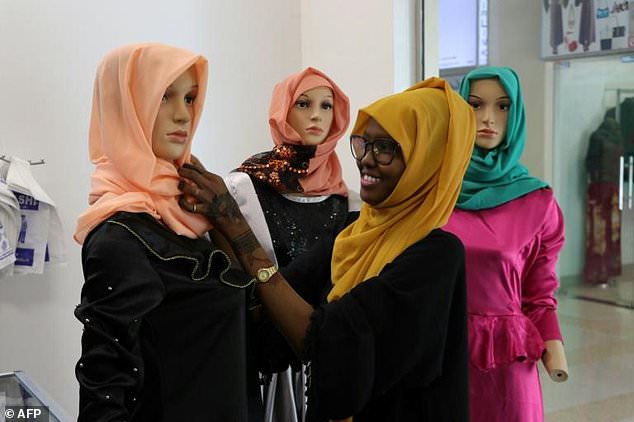 For decades, war and upheaval left ordinary Somalis focussed on the daily matters of life, death and survival.

But a creeping cosmopolitanism is challenging entrenched conservative attitudes and many Somalis are undaunted by wanting a look that stands out.

Somalia’s clothing stores traditionally adhere to a simple formula: imported garments for the well-to-do, locally-made clothes for the rest.

But Hassan and others are starting to alter that picture with locally-designed, handmade attire for the high end of the market.

In such a nascent industry, Hassan is, by necessity, self-taught. “I used to watch fashion design shows on TV, and every time I watched one, I tried to grasp the ideas by drawing what I saw,” she says.

“When I started I had no-one as a role model. It is just something I dreamed up,” she says, adding that she now finds inspiration in the likes of Lebanese fashion designer Elie Saab.

In her home studio, Hassan sketches and inks new designs of abaya gowns and hijab headscarves, in a variety of black or bright colours, tight and loose fittings, with plain or embroidered finishes.

Fashion has also become a family affair, with Hassan’s father — a tailor by trade — and older sister helping cut and sew the clothes. 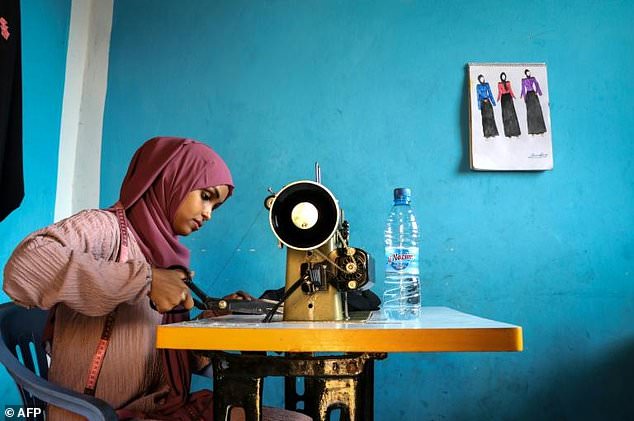 Hassan says her elder brother has been an investor, helping buy sewing machines and other equipment, but now the business is taking off

Visitors to the workshop can hear children playing in nearby rooms and cooking smells waft in from the kitchen.

Her elder brother has been an investor, helping to buy sewing machines and other equipment.

Now the business is taking off, she says.

“In the beginning, it was my father, elder sister and brother who helped me start but now I’m self-reliant and can make a living out of my work,” she says proudly.

Like many Mogadishu residents who have become inured to violence, Hassan dismisses the city’s frequent bombings and shoot-outs, describing them as an “inconvenience” that can mess up her delivery schedules.

Muna Mohamed Abdulahi, another start-up fashion designer, is on a mission to encourage local people to take pride in products made in Somalia. 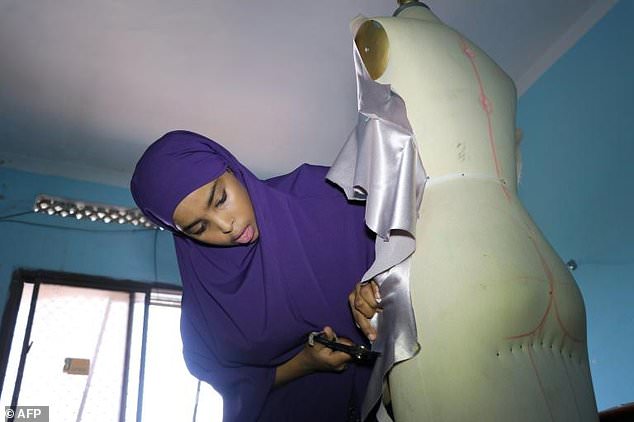 Muna Mohamed Abdulahi, owner of Mkena Designs, cuts some fabric on a mannequin in her shop

“Some people come to my shop and, when they realise that these clothes are designed and made locally, they run away because they have a negative impression about locally-made clothes,” says the 24-year-old.

Like Hassan, Abdulahi is self-taught — “I was my own role model,” she says — and insists she is more than just a tailor aping the work of others.

“A designer creates clothes with a story, but a tailor makes it without thinking, they just duplicate,” Abdulahi says.

The designers’ customers are mostly young, like them, and affluent. 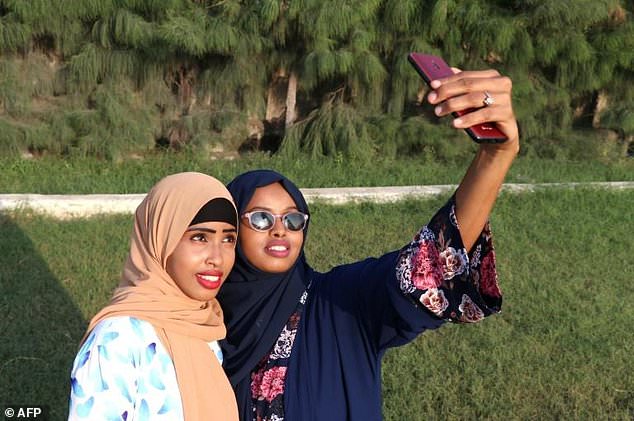 The Somali designers’ customers are mostly young, like them, and affluent.

“I like clothes designed by Somalis because they fit and make you look attractive,” says 22-year-old student Farhiyo Hassan Abdi. “Imported costumes are mostly out of shape and don’t look good on you.”

“I don’t go for imported clothes anymore,” she adds, pointing out that the price of local fashion is often cheaper than the imports and it is easy to have alterations done.

But these young designers and customers, seeking out unique fashion and wanting to look good, seem to live in a world apart from others in the city. 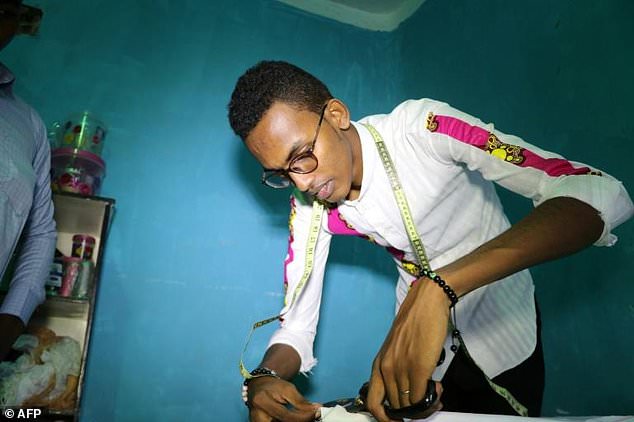 Abdishakur Abdirahman Adam, 19, is a secondary school student and fashion designer for women and men. He says it’s harder for men as people believe fashion is women’s work

Dahir Yusuf, a 49-year-old father, is appalled by his teenage daughter’s love of designer clothes, which he considers immoral.

“These young girls are crazy about designer clothes, which are mostly fitted and reveal the features of their bodies,” he says, tutting. “Morally, it is not good to wear such things.”

As a male fashion designer, Abdishakur Abdirahman Adam faces down double-criticism in pursuit of dreams.

“In Somalia it is very difficult for a boy to become a fashion designer, because people believe this is women’s work,” says the slim 19-year-old, who was introduced to fashion by watching catwalk shows on satellite TV.

Nevertheless, he plans to continue, designing for both women and men, hoping to compete with foreign imports.

“What I do is just to create fashionable clothes with the material I have here without spending more money so that it looks like something from overseas.”