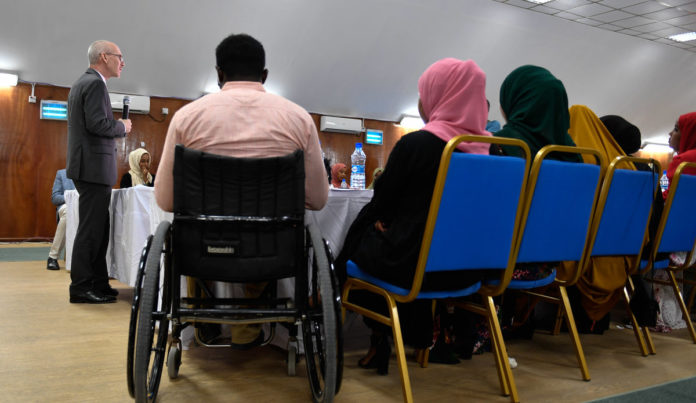 Mogadishu, 30 July 2019 –The United Nations in Somalia will continue to help young people develop initiatives to ensure their active participation in the country’s ongoing political processes – that was the message from the world body’s envoy to the country at a gathering of Somali youth in the capital yesterday.

The UN Secretary-General’s Special Representative for Somalia, James Swan, was speaking with young activists from across the country at a two-day youth empowerment and engagement dialogue at which they discussed how best to help youth participate actively in political processes – including the ongoing constitutional review process, national reconciliation dialogue and preparations for national elections in 2020.

“We think prospects for lasting peace in Somalia will be improved if young people feel represented. If they participate in political life, and if they have a say in the national dialogue, they can ultimately show their stake and involvement in the country’s future,” Mr. Swan said. 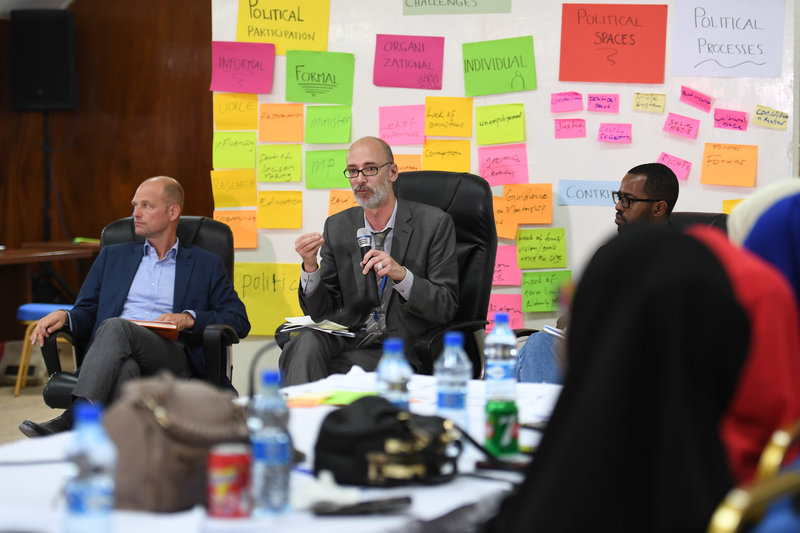 The review of Somalia’s constitution was launched in May last year at a national convention held in Mogadishu and attended by more than 350 representatives from the federal government, federal member states, civil society and the diaspora. The process is meant to lead to a permanent constitution, which will replace the provisional one, adopted in 2012.

The United Nations Assistance Mission in Somalia (UNSOM) and other UN agencies are advocating for the active participation of youth and women in the process to ensure that the final document reflects the views of all Somalis.

Also speaking at the two-day event – organised by UNSOM, the UN Population Fund (UNFPA), Sweden’s Folke Bernadotte Academy and the MAAN Organization, a forum for Somali young professionals – was the Secretary-General’s Deputy Special Representative for Somalia, George Conway. He emphasized the need for political processes in Somalia to reflect the composition of society.

“We keep hearing that Somali youth are the voice of the future – but in a country where 80 per cent of the population is younger than 35, Somalia’s youth are very much the voice of today,” said Mr. Conway, who also serves as the world body’s Resident Coordinator and Humanitarian Coordinator for Somalia.

“Your participation in these processes is fundamental to ensure that they are credible and that they are seen by the people to be legitimate,” he added.

Somalia has one of the youngest populations in the world. Experts believe that the active participation of youth in decision-making processes is vital for Somalia’s stability.

“We are already participating in politics in some ways, like through our own organisations and local initiatives, but we also want to participate in the formal political processes” said one of the event’s participants, 22-year-old Sahra, a leader of a local young women’s organisation.

In his remarks, Mr. Conway observed that the United Nations, in support of the federal government, will step-up efforts to advocate for the involvement of youth in formal decision-making processes related to some of the critical political benchmarks.

He also noted that youth more generally should be engaged informally through advocacy, community mobilisation and raising public awareness on critical issues around the country.

The youth representatives pledged to be more active at the grassroots level by participating in public forums and education programmes that influence political participation. 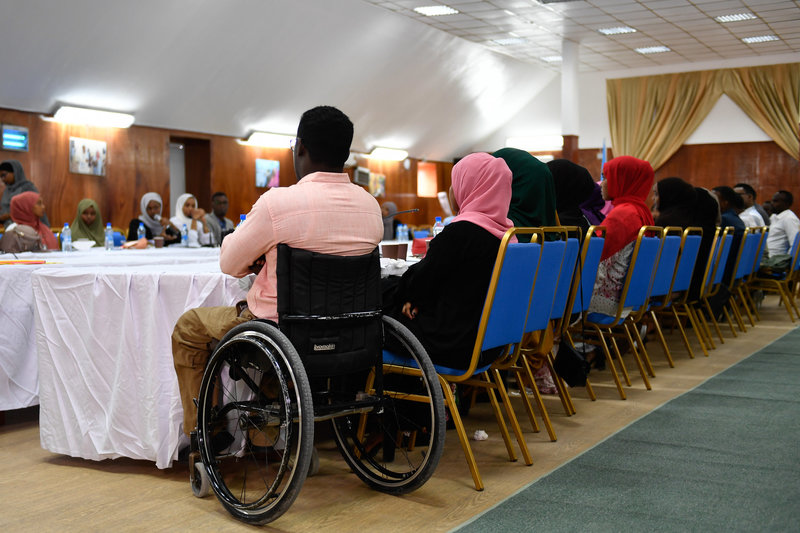 “Dialogues like this are very important, but now it’s our job, as Somali youth, to take the conversation beyond these walls and reach the youth that aren’t sitting around the table,” said another participant from Banaadir, 28-year-old Mohamed.

“We need to expand the circles, diversify the voices and make sure all youth, regardless of where they live, understand how they can contribute to improving Somalia,” he added.

UNSOM’s mandate includes a reaffirmation of the importance of the full, equal and effective participation of all Somalis, including youth, among others, and “urges the Federal Government of Somalia and Federal Member States to increase representation and participation of women and youth at all decision-making levels.”