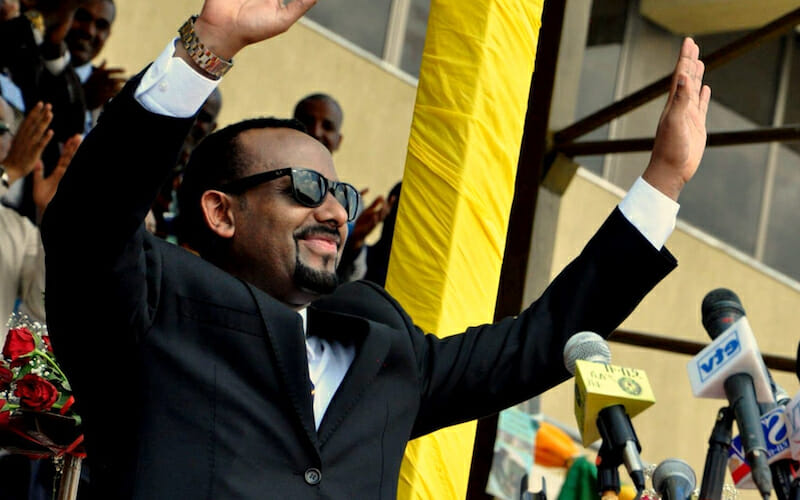 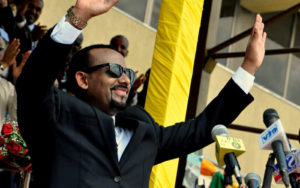 The late Ali Mazrui speaks in this article to major political issues relevant to Ethiopia today, as the country undergoes a peaceful revolution. In his own words, he speaks through my adaptation of his various writings, speeches, and lectures on constitutionalism in Africa. The reader should also take pleasure in Mazrui’s witticism, in the ease with which he clarifies complicated concepts, and in his neologism (electoral polygamy)—qualities for which he had earned worldwide recognition. In the article, Mazrui’s ideas have been Ethiopianized where necessary.

Ends and means of democracy

How to achieve these goals has elicited different means. In making the rulers more accountable some democracies (like the United States) have chosen separation of powers as well as checks and balances, while other democracies (like the United Kingdom) have chosen the more concentrated notion of sovereignty of parliament. These are different means towards making the executive branch more accountable and answerable in its use of power.

The iron law of ethnic loyalty

One major characteristic of politics in Ethiopia today is that they are ethnic-prone. The ethnic proneness of Ethiopian politics can affect not only who is elected but also how jobs are allocated. It can also perpetuate ethnic nepotism as one branch of corruption. But one thing as bad as nepotism is the phenomenon of counter-nepotism-the public officer who is so afraid of being mistaken for a tribalist that he is reluctant to recruit even deserving members of his own ethnic group for public service. And another thing which is even worse than nepotism and counter-nepotism is the tendency for a public officer to completely neglect his ethnic constituency but only to favor his own pocket.

An ethnic check for the chief executive which has been suggested elsewhere in Africa is a regionally-rotating presidency. Another one would be to require that a president is not electable unless he or she has a minimum of multi-regional support. It is not enough that a head of state has a majority of the people of his or her side; that majority must also be distributed nationally. Perhaps the president should demonstrate strong support in at least three regions out of Ethiopia’s current nine regions

Ethiopia could make the speaker of the house of representative always a woman. That is one option. A modified version is to make the position of speaker alternate between a man and a woman. If the present speaker is a man, the next one has to be a woman regardless of the party in power. Another scenario is to have two vice presidents – one a man and the other a woman, from two different ethnic groups and both ethnically different from the president.

While the case for ethnic checks and balances is ultimately to avert the destructiveness of ethnic conflict, the case for gender checks and balances is ultimately to promote greater androgynous creativity and development. Better gender relations are necessary because the alternative is a waste of talent as well as an injustice.

No ethnic checks and balances can endure unless women are also involved in a serious way. The next Ethiopian constitution should more systematically define, protect and promote the participation of women in the political destiny of Ethiopia. We must go to the extent of reserving seats for women.

There is one idea which has never been tried. Can we have a multiparty parliament combined with a no-party executive president? Can we have a constitution in which candidates for president belong to no political party and are required to be non-partisan as executive heads of state– while parliament operates on the basis of a multiparty competition? This would enable the head of state to be truly above the inter-party squabbles and attain a higher level of political objectivity. The disadvantage of this system is that only very rich individual candidates would be able to launch a presidential campaign without the support of party functionaries all over the country.

There is also the novel concept of electoral polygamy which in principle de-ethnicizes politics and creates strong ethnic checks and balances. It requires that every member of the house of representative have two constituencies – one primary which may be his or her own ethnic group and the other constituency distant from his or her own roots.

Each candidate would need a plurality of votes in his or her primary constituency, and a particular minimum percentage of votes in the other. The idea is to help each candidate to enjoy the trust and confidence of the nation as a whole and not merely that of her ethnic group. Surely, this is perhaps the most challenging approach to pursue in the Ethiopian context.

We started this article by distinguishing democracy as ends from democracy as means. The same ends of democracy can be realized by different means. Ethiopia should embrace the four ends (or goals) of democracy – accountability, freely participating citizens, open society and the pursuit of justice, but should explore what democratic means would work for Ethiopia in pursuing those goals.

Given that political behavior in Ethiopia today is strongly susceptible to ethnic forces, Ethiopian democratic means should take that paramount factor into account. No one should be in denial about ethnicity. The ethnic genie is already out of the bottle. Since ethnicity will remain with Ethiopia for at least many decades, political de-ethnicization is not an option. But ethnic checks and balances of a creative and constructive kind are needed. We should shed the superstition that in order to foster national consciousness we must have a unitary state. Regional loyalties should be compatible with national patriotism provided the whole system is inclusive and accommodates difference without marginalizing smaller groups.