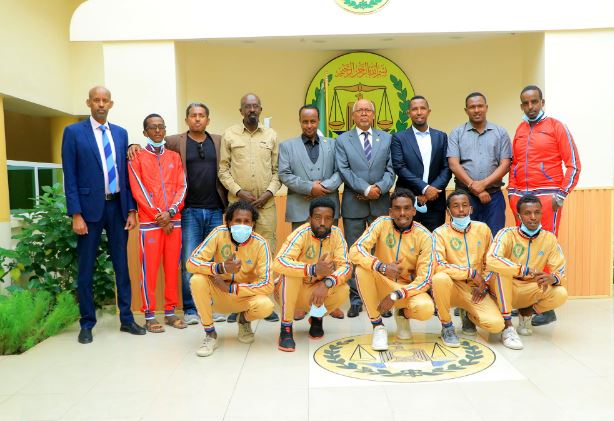 The Vice President H.E. Abdirahman Abdilahi Ismael Seyli’i met with Awdal soccer team with hearing disability that he received in his office at the presidency.

The team made the courtesy call to the VP as they were bidden well in the sendoff for their journey to the neighboring country of Djibouti, where they are expected to compete in international games of people with disabilities.

The VP was flanked by the youth and sports Minister Hon. Boos Mire Mohamed.

The head of soccer coordination in the country and several sporting personalities were also at hand.

The VP handed over to the footballers complete soccer team sporting facilities that they would use in their endeavor.

The VP and the sports minister addressed the team with morale boosting words. The sporters on their part thanked the VP for the token they received from him.