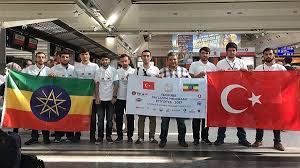 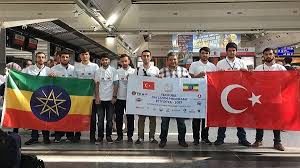 The terrorist group behind the July 15 2016 military coup attempt has used schools in Ethiopia as cash cows through charitable donations, stripping them of their assets illegally.

Documents on schools managed by the Gülenist Terror Group (FETÖ), submitted to Ethiopian prosecutors on Friday and seen by Anadolu Agency, tell the story.

On Friday former employees of Ethiopian FETÖ-linked schools filed a complaint against school administrators and teachers on allegations including the theft of aid money, embezzlement, and tax evasion, said sources, speaking on condition of anonymity due to restrictions on talking to the media.

The documents show that the terror group had been operating schools under the Omeriye Educational and Medical Foundation Charitable Trust label, but then in 2009 sold all the schools’ assets to a company called Kaynak.

The schools had been set up using donations meant for charitable purposes.

The sale took place even though under Ethiopian law, the assets of charitable trusts cannot be handed over to a private company.

The school campus grounds in the town of Sebeta in the Oromia state were sold by Erol Dede on behalf of the charity to Murat Yildirim, acting on behalf of Kaynak.

The documents show that the phrase “charitable trust” was omitted from the copy of the sales contract in the local Oromian language, showing the illegality of the transaction.

Meanwhile, the terror group has another charity under the same name in the east African country of Kenya, just south of Ethiopia.

The Omeriye Educational and Medical Foundation, founded in 1998, is still operating FETÖ schools called Light Academy as well as the KYM Afya Hospital in Kenya.

Former employees, who asked not to be named due to security concerns, accused the group of many offenses, including embezzlement, forgery, and tax fraud.

Turkey set up the Maarif Foundation to run FETO-linked schools after taking them from the hands of the terror group.

FETÖ has been accused elsewhere of moving around its assets around in shell games to protect its illegal gains from prosecutors, as shown in a 2016 case in the U.S. state of New Jersey also involving schools.

FETÖ and its U.S.-based leader Fetullah Gülen orchestrated the defeated coup of July 15, 2016, which left 251 people martyred and nearly 2,200 injured.

Ankara also accuses FETÖ of being behind a long-running campaign to overthrow the state through the infiltration of Turkish institutions, including the military, police, and education.

FETÖ also has a considerable presence outside Turkey, including private educational institutions that serve as a revenue stream for the terrorist group.