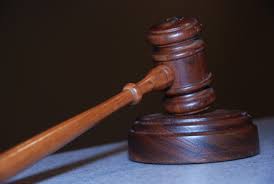 TUCSON, Ariz. (Tribune News Service) — A refugee couple in Tucson were arrested by authorities and are facing numerous charges of falsifying immigration documents, including lying to federal officials about the husband’s involvement with an African terrorist organization, officials said Friday.

Mohamed Abdirahman Osman, 28, is facing eight counts of supplying false information on immigration documents, and his wife, Zeinab Abdirahman Mohamed, 25, is facing three counts of providing false information in support of Osman as they sought refugee status in 2013 while living in China and permanent residency in 2015 while living in Tucson, according to the indictment filed in U.S. District Court.

The indictment states Osman gave false information about his name and nationality, telling immigration authorities he was from Somalia, when in fact he was from Ethiopia.

Prosecutors allege Osman also lied to an immigration officer about being injured in a bomb blast in a Somali market in 2010. The indictment said he was injured in 2009 while handling explosives.

Al-Shabab is an Islamic militant group operating primarily in Somalia and has ties to al-Qaida. It is responsible for a string of terrorist attacks on civilians, governments and military personnel in countries such as Somalia, Kenya and elsewhere, and has been designated a foreign terrorist organization by the United States.

The husband and wife first applied for refugee status to the United States while living in China. Their request was accepted and they have lived in Tucson since, the news release said.

Authorities arrested the two Friday. The investigation was handled by the FBI and the Department of Homeland Security through the Joint Terrorism Task Force.