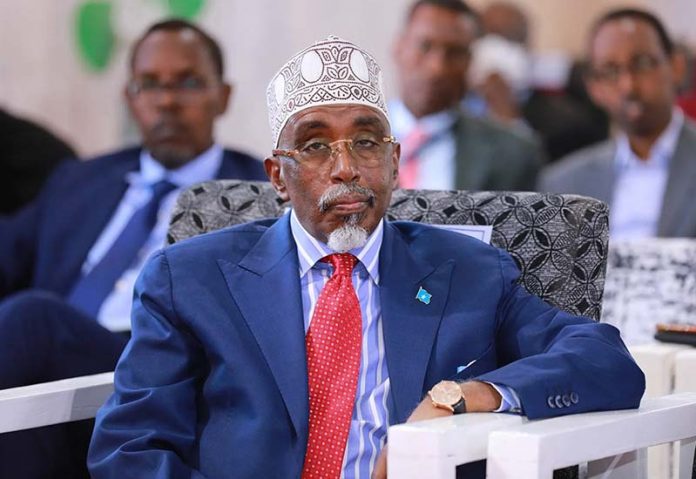 Former Southwest President Sharif Hassan Sheikh Adan said on Sunday he was denied to board a flight at Mogadishu airport to the town of Baidoa in south Somalia, where he would stand in an election to grab a parliament seat for his constituency.

Sharif Hassan served two terms as Somalia’s parliament speaker and was the President of Southwest regional state from 2014 until 2018 when he was succeeded by the incumbent Abdiasis Laftagaren, whose administration refused his arrival in the region’s administrative capital on Sunday.

He told a press conference in Mogadishu that the decision to bar him from traveling to Baidoa surprised him, in an apparent attempt to block him from running for parliament. If he wins Sharif Hassan could again stand in an election for parliament speaker, a position which is ardently sought by incumbent Southwest President Abdiasis Laftagaren.

Former officials described the move as “deplorable”, saying that Sharif Hassan had helped Laftagaren, who was a new comer to politics, to occupy a seat without any hindrance during 2016 elections.

He joins a long list of well-known politicians, including former officials who had been blocked from contesting for parliament seats. Former speaker of parliament Mohamed Osman Jawari and his deputy had been earlier refused to participate in elections and their seats were filled by allies of the incumbent President Mohamed Abdullahi Farmajo.