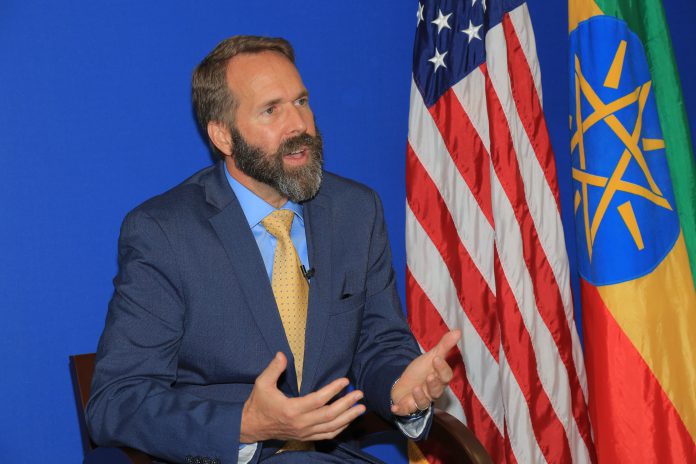 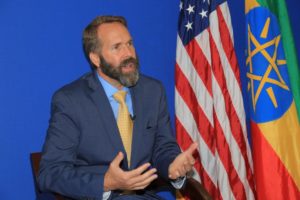 Addis Ababa  Septembers 08/02018 US Deputy Chief of Mission in Ethiopia, Troy Fitrell said Ethiopians need to cooperate with the government in the new Ethiopian year so that the reform underway could attain its goal.

He also said USA and Ethiopia will pay attention to strengthening bilateral relations in various spheres and consolidate regional partnership in the upcoming Ethiopian year.

In an exclusive interview with ENA, Fitrell noted that the reform witnessed in Ethiopia after Prime Minister Abiy Ahmed acceded to power in April is heartening.

He pointed out that the revision of the anti-terrorism and civic society proclamations as well as the return of many opposition parties to their country is encouraging.

America believes that the reform is essential for building democratic system and calls on the government and the people to work responsibly for the realization of the system, the Deputy Chief of Mission stated.

Building a genuine democratic system takes a long way and the people need to therefore stand committed alongside the government and work for the success of the reform, he stressed.

Noting that there is a better freedom of speech in Ethiopia today, the Deputy Chief of Mission said, adding that this requires institutional recognition and legal support.

Fitrell further stated that the people ought to exercise freedom of speech carefully and responsibly.

According to him, despite the respect of all political rights, the people can only become beneficiaries of the reform with the economic growth of the country.

Therefore, the government must pay attention to economic growth, particularly in creating jobs, along with political reform, he stated.

Diplomatic relation  between the US and  Ethiopia began on December 27, 1903, when Menelik II and U.S.A representative Robert P. Skinner signed a treaty of commerce in which the two states agreed to receive representatives.