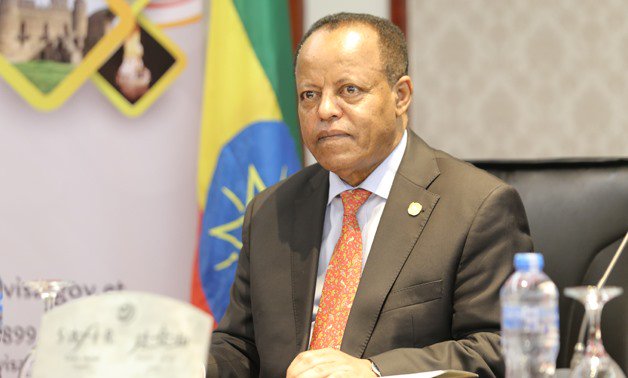 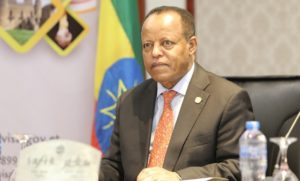 Ethiopian ambassador to Egypt H.E Taye Atske-Selassie hailed bi-lateral relations between both countries, upon announcing on Wednesday that he will leave Cairo by the end of August.

The ambassador has concluded 18 months of work in Egypt, and will be flying to New York to represent Ethiopia in the United Nations, he said in a press conference.

Atske-Selassie stated that Egypt and Ethiopia are enjoying a great period in cooperation, particularly concerning talks on Ethiopia’s ambitious Grand Renaissance Dam (GERD) project, which Egypt feared would threaten its water flow from the Nile.

Ethiopia appreciates the how important the river is to Egypt, Atske-Selassie assured, pointing to the tripartite plan with Sudan to link the three countries’ infrastructure, and establish a joint fund. He added that the three have created a board of technical specialists to iron out any remaining disagreements.

In the year and a half Atske-Selassie has been ambassador in Cairo, there have been five presidential meetings between the three African nations, he continued. This includes a bilateral summit with new Ethiopian Prime Minister Abi Ahmed, where Atske-Selassie claims that President Abdel-Fattah al-Sisi and Abi Ahmed achieved a compromise “that harms neither country”, and that Ethiopia is “abiding to”.

Another facet of cooperation are the thirty Ethiopian companies that operate in Egypt in several fields including medicine and electricity, he remarked.

The issue with Ethiopia’s US$4 billion hydroelectric project began in 2011, when Ethiopia started work on the GERD. Egypt claimed the dam would affect its major share of the Nile, while Ethiopia insisted it would not.

Since then several talks have been held between Egypt, Ethiopia and Sudan on both a presidential level, and through the Ministers of Foreign Affairs of the three countries.

Until June, talks over Ethiopia’s $4 billion hydroelectric project were deadlocked for months.

Meanwhile, construction of the dam was complicated by the passing of GERD Project Manager Simegnew Bekele, who was found dead in his car in July with a gunshot through his head.