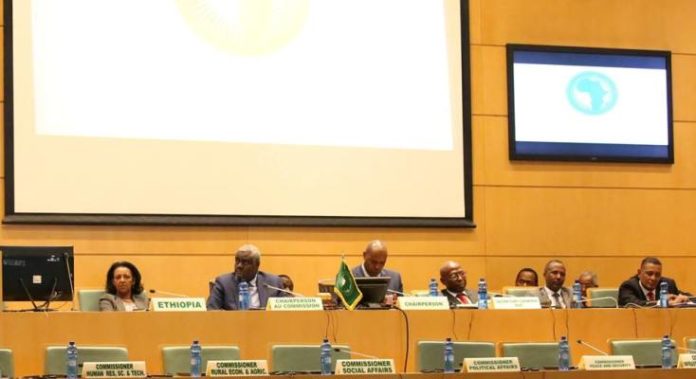 The Government of Ethiopia has officially launched the issuance of visa on arrival for all African citizens, at an event held yesterday at the African Union (AU) Headquarters.

On the occasion, Mrs. Hirut said the Government of Ethiopia under the leadership of Prime Minister Dr. Abiy has decided to offer visa-on-arrival services to African citizens with the view to realizing the vision of “our founding fathers”-to see a peaceful and integrated Africa, where minds, ideas and markets are open to trade.

“The issuance of visa on arrival for all African s will clearly demonstrate our resolute to the ideals and objectives of the AU and determinations to continue to play rightful roles towards free movement of people and the realization of our integration agenda,” she added.

As it was clearly stated on Agenda 2063, the development of Africa depends on the potential of its people, especially women and youth.

In line with this, the State Minister underlined that Ethiopia’s Prime Minister set a major milestone in Africa’s effort towards women empowerment and equal access to high level political-decision making position by appointing a gender balanced cabinet.

Mrs Hirut further underscored that the free movement of people enhances continental integration, given its potential in boosting trade, investment and tourism.

Chairperson of the African Union Commission, Moussa Faki Mahamat congratulated the Government of Ethiopia for taking such a great step.

He added that “This measure demonstrates Ethiopia’s commitment for the fulfillment of AU’s Agenda 2063”.