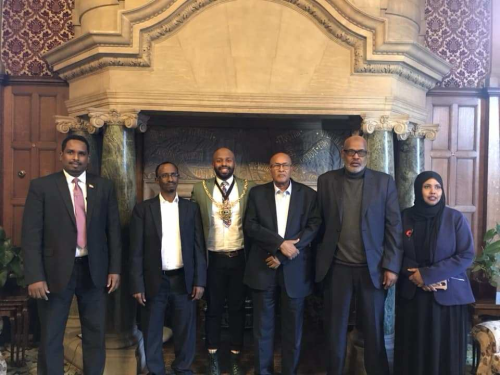 A high level delegation led by Wadani party leader, Hon. Abdirahman Irro visited Sheffield on 2nd of Nov. Having the delegation arrived in the eastern part of England, The Lord Mayor of Sheffield, Hon. Majid Mah and Ms. Kaltun, Sheffield councilor greeted the delegates. Wadani opposition party leader, Hon. Irro has briefed them on the situation in Somaliland and the existing bilateral ties between England and Somaliland.

Large ethnic community from Somaliland currently live in Sheffield and most of all the UK. The opposition Somaliland leader was impressed with warm and cordial reception that he was accorded along with his delegation. 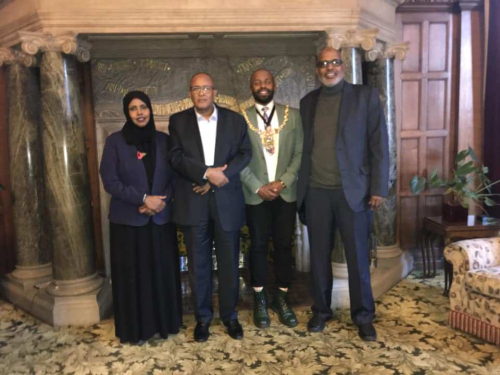 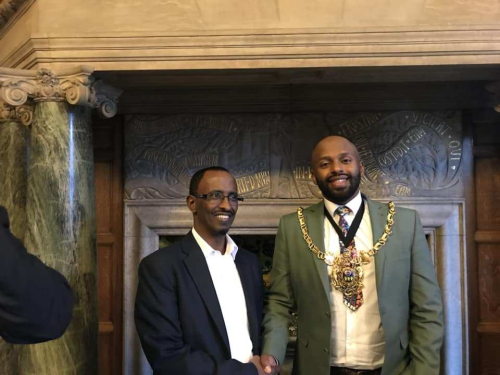 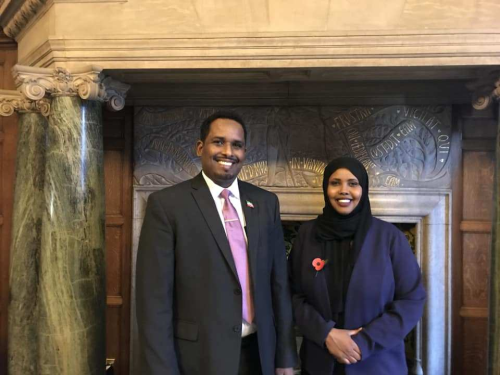