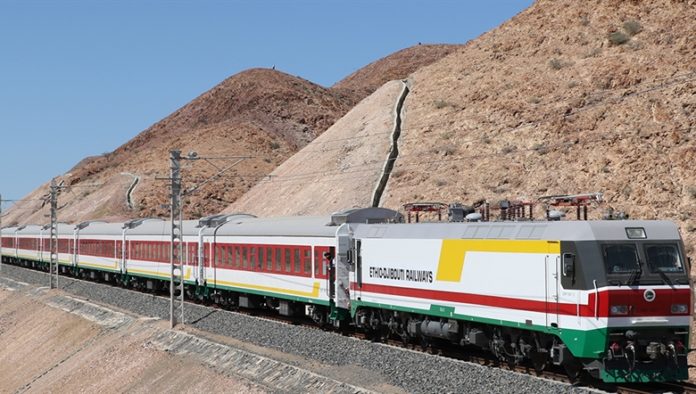 Ethio Telecom is working with its neighbour in Djibouti to run a fibre link from the Red Sea to Addis Ababa, the capital of Ethiopia.

Ethio Telecom and its partner, Djibouti Telecom, then plan to extend the network to the adjoining countries of Kenya, Uganda and South Sudan.

The network will run along the Chinese-built 754km Ethio-Djibouti Railway (EDR), opened on 1 January 2018.

Frehiwot Tamru, CEO of Ethio Telecom, has agreed the project with her colleagues in Djibouti Telecom, according to a statement from the Ethiopian carrier.

Tamru said that it is very important to use existing infrastructures like the railway to provide better telecommunication service. She said fibre infrastructure is exposed to “various natural and human-made incidents that result in a poor quality of service and at times full-service interruptions”. The implementation of alternative resources such as the railway is very critical in solving this problem, she added.

Ethio Telecom will be able to provide dedicated bandwidth for its customers and it has agreed an inter-operator tariff roaming agreement with Djibouti Telecom. Djibouti is a landing station for many subsea cables running between Asia, Europe, the Middle East and Africa, including the new PEACE cable from Pakistan and is has also become a home to data centres servicing the region. In February IX Reach said the Djibouti Data Center would be the strategic hub for its network expansion in East Africa.

Ethio Telecom also plans to look at the possibility of establishing a point of presence in Ethiopia to provide international gateway capacity to neighbouring countries.

The company has not yet said which supplier is installing the fibre and associated equipment. Nor has it offered specifications for the new fibre.

The government of Ethiopia said a few days ago that it plans to split Ethio Telecom into two independent companies, one running infrastructure and the other offering services. At the same time the country is to invite tenders for new telecoms licences by September and hopes to award licences by the end of 2019.

EDR is a 75-25 partnership between the governments of the two countries. The railway is operated by China Railway Group and China Civil Engineering Construction Corporation until the end of 2023, after which EDR management will take over.