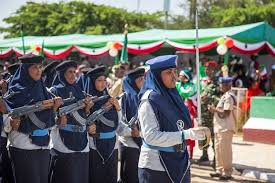 When the state institutions are stable and mature enough, they can withstand the violations of power grabbing politicians. They can also quickly recover from any damages inflicted. However, in a country like us, where all institutions and weak, unstable and have been malfunctioning since their founding, any intended or inadvertent wrongful manipulation can leave lasting damage.

The newest example of just damaging violations is the use of police in politically and socially sensitive situations without clear legal backing, whether it is the arbitrary detection of a parliamentarian, amateur journalists, or putting them in the face of demonstrating poor citizens complaining about the absence of essential public services.

To mention a few of the negative impacts illegal usage of Police forces can have on this institution, one can point out the detrimental effect it has on the reputation and respectability of the Police. The public perception about their law enforcement agency will be tarnished by recurrent episodes of unlawful imprisonment of citizens without a legitimate warrant from a court, that would be embarrassingly released later without formal charge of wrongdoing.

Repeated violent confrontations of the Police with impoverished communities on a piece of land or makeshift kiosk is another unnecessary, avoidable practice which diminishes the professionalism of the police forces and clouds their countless efforts to combat crime, drugs and maintain stability with meagre resources and unmatched heroism.

It is on the political leaders to utilise wise judgement, caution and not involve the security forces in the political infights by exploiting them in the oppression of their opponents and misusing them in situations where other means of conflict management would be more productive and less costly.

Otherwise, we will see the day citizens utterly disregard the Police and consider them the enemy of the people rather than their devoted guardians and protectors.