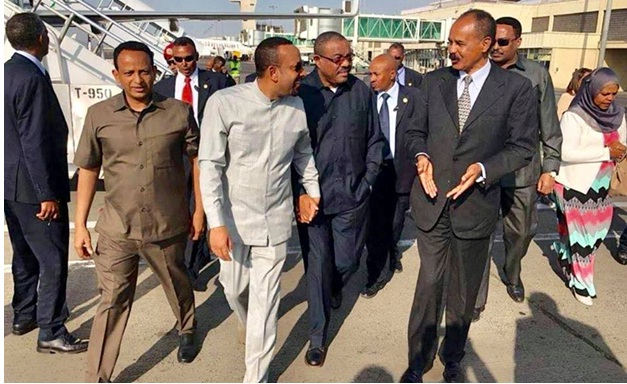 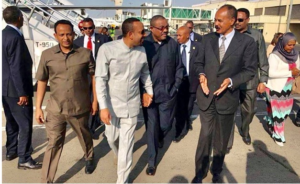 According to the Prime Minister Office Chief of Staff Fitsum Arega, on the invitation of Prime Minister Abiy Ahmed, President Isaias will be in two day working visit in Ethiopia.

The President is expected to visit some development projects of Ethiopia, it was reported.

Moreover, Premier Abiy and President Isaias expected to confer on progress of the peace accord signed between the two countries last July on the top of other developments and mutual interest.

The visit of President Isaias to Ethiopia is for the second time after the two countries signed Joint Declaration on Peace and Friendship to end the two decade border standoff.

On July 14, 2018 President Isaias Afeworki has paid his first visit to Ethiopia after Prime Minister Abiy Ahmed’s landmark trip to Eritrea on July 9.