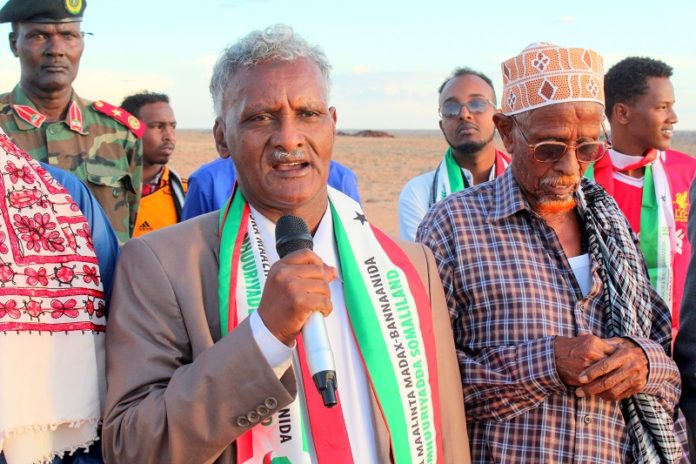 A high-level delegation led by the minister in charge of Justice, Hon. Abdirisak Ali Abdi on Saturday reaches Ceelbuuh settlement which is administered by Badhan in the eastern of Sanaag province. The traditional elders and residents have received the minister and his entourage upon reaching the settlement. Badhan regional governor, Ali Husein Somali has also greeted the delegation in the vicinity. This is the first visit embarked by minister from Somalilland particularly the leadership led by President Bihi. The minister has thanked those who cordially received him.