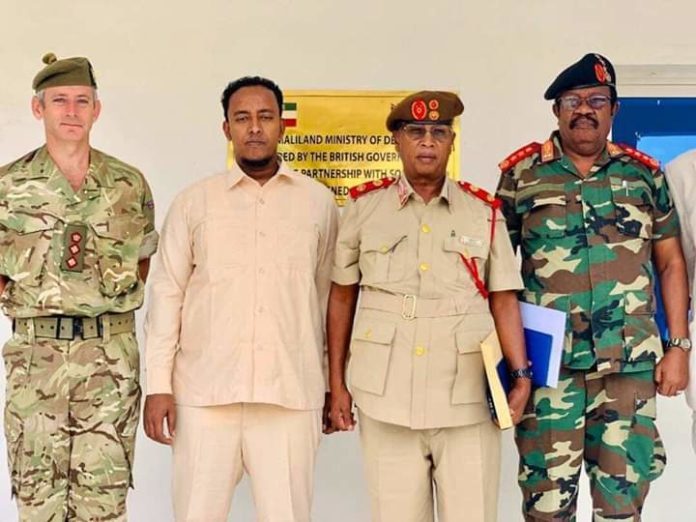 The defense minister of Somaliland flanked by the army chief received the top British commander based in Ethiopia. Colonel Matt Munro, the top British army based in Ethiopia is currently visiting Somaliland. This is the second time that the British commander held discussions with Somaliland’s ministry of defense officials and army chief. The focus of the discussion centered on boosting security collaboration between Somaliland and the UK. The UK provides huge support on the improvement of the quality of Somaliland’s armed forces.