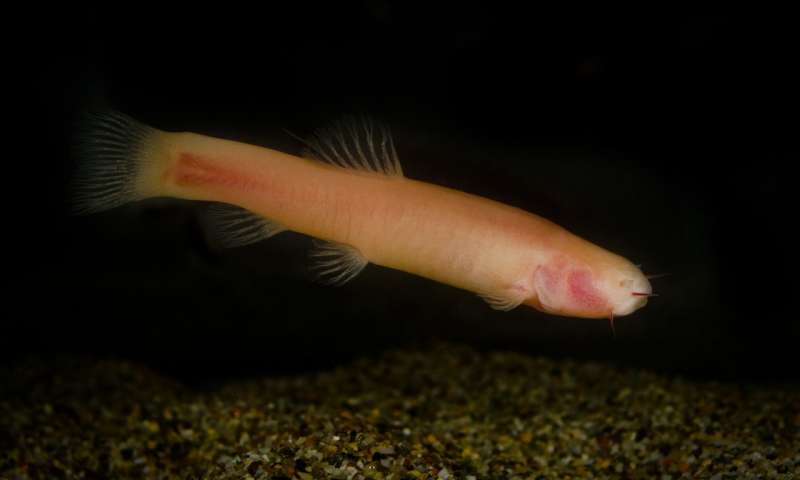 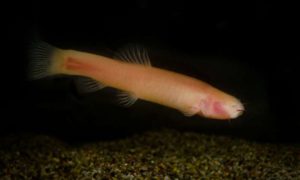 After millions of years living in constant darkness, a species of blind cavefish found only in Somalia has lost an ancient system of DNA repair. That DNA repair system, found in organisms including bacteria, fungi, plants, and most other animals, harnesses energy from visible light to repair DNA damage induced by ultraviolet (UV) light.

The findings reported in journal Current Biology on October 11 are intriguing in part because only placental mammals, the group including people, were previously known to lack this system. Researchers say that the discovery supports the “nocturnal bottleneck” theory, which holds that the ancestors of modern mammals lived a subterranean or exclusively nocturnal existence as a strategy to avoid being eaten by dinosaurs.

“We have revealed in a species of blind cavefish the loss of an ancient DNA repair system that is highly conserved,” says Nicholas Foulkes of Karlsruhe Institute of Technology, Germany. “Curiously, the only other animals previously known to lack photoreactivation DNA repair are placental mammals. So, what we see in this species of cavefish may be the first stages in a process that happened before in our ancestors in the Mesozoic era.”

Foulkes’s team, including first author Haiyu Zhao, in collaboration with Cristiano Bertolucci at the University of Ferrara, Italy, is interested in understanding evolution in extreme environmental conditions and especially changes in DNA repair systems. The cavefish known as Phreatichthys andruzzii represented an ideal model for their studies because it has lived without any exposure to UV or visible light from the sun for more than 3 million years.

The researchers found that P. andruzzii carries mutations that disrupt the function of essential DNA repair genes. It also lacks a regulatory enhancer element, which coordinates and enhances DNA repair in response to sunlight in other species by turning other genes “on.”

The findings add to evidence that modern mammals once lived in darkness.

“Many features of modern mammals, such as the anatomy and function of the eye, show tell-tale features of a nocturnal life style,” Foulkes says. “It means we can now more confidently predict that mammalian ancestors experienced a prolonged period of evolution in complete darkness.”

The researchers say that they plan to study other DNA repair systems in the cavefish. They’re also curious to explore the links between the circadian clock and DNA repair, both mechanisms that rely on sunlight to function normally.