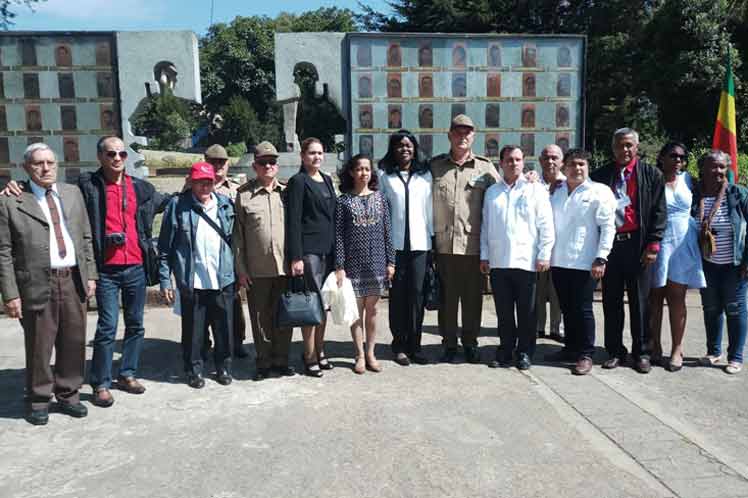 Addis Ababa, Oct 11 (Prensa Latina) The friendship between Ethiopia and Cuba has at its base a blood pact, a similarity of sacrifice and struggle to preserve sovereignty, that transcends time, it was reported in this capital on Thursday. 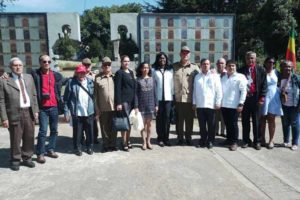 Ramon Espinosa Martin, Deputy Minister of the Revolutionary Armed Forces, leading a Cuban delegation to the celebrations for the 40th anniversary of the victory of Karramara and the beginning of the educational program for Ethiopians, stressed that the basis of the support given to Addis Ababa in its war against Somalia was internationalism and commitment to just causes.

We offer the best and most valuable example: the life of combatants who did not hesitate to come to a distant country to support the defense of independence; although the pain of families who lost their children, parents and spouses comes to our minds, the shared feat fills us with pride, Espinosa said.

Nebiyehu Babe, director of culture at Addis Ababa mayor’s office, thanked the Cuban government and people ‘for teaching us the value of unconditional service.’

A wreath was laid at the Monument-Memorial to the dead in the conflict, located in central Addis Ababa.

In the place, decorated with motifs that reminiscent the brotherhood and photos of the soldiers who lost their lives in these lands, Havana ambassador to Addis Ababa, Vilma Thomas, accompanied by hundreds of Ethiopians who studied in Cuba, put the wreath at the base of the tombstone that contains the snapshots of the heroes.

During the tribute, the president of the Cuban Institute of Friendship with the Peoples,Fernando Gonzalez, stated that the Cubans in Ethiopia not only left a legacy in history but also sealed an indestructible relationship since then, paid with their blood the way to strengthen, expand and perseve it for the benefit of present and future generations.