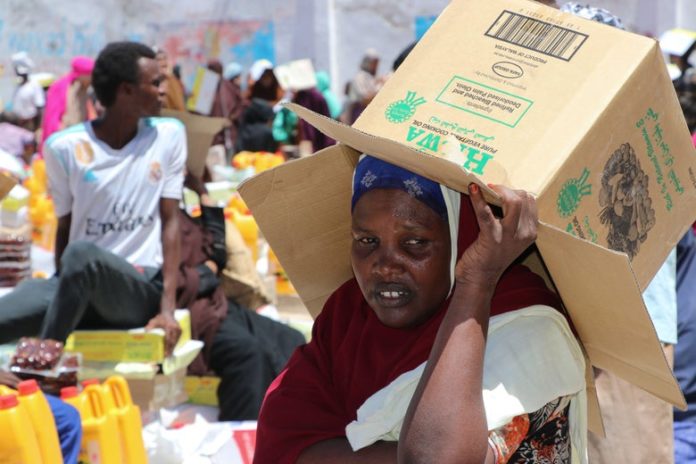 The United Nations has warned that more than two million people may face famine by the end of the summer in Somalia, as a result of devastating drought following a disappointing spring rainy season. Disturbing as that is, there’s a bigger long-term concern: this is the third severe drought the country has faced in less than a decade, and the international community has shown nowhere near the level of commitment needed to stave off its worst effects.

A famine that hit the country as a result of drought between 2010 and 2012 caused more than a quarter of a million deaths, and displaced around 2.1 million. An additional 2.1 million people were displaced by another drought in 2017, but widespread famine was mostly—though not entirely—avoided. The country is still recovering from the effects of the 2017 drought, with many people still displaced, as it finds itself in yet another one. This year’s rainy season brought only sporadic rain—sometimes so concentrated it resulted in deadly flooding.

“Drought is becoming more regular and more intense,” noted Dustin Barter, Oxfam’s policy director in Somalia, during a visit to Washington last week. “In this region, climate crisis is no longer a future scenario.”

While the 2011 drought was viewed as a massive humanitarian failure—only 46.5 percent of Somalia and Ethiopia’s humanitarian response plans were funded—a recent report authored by Barter notes that 2017 was an improvement, with 74.8 percent funding, which may partly account for the lower death toll. Ethiopian, Kenyan, and Somali authorities are credited with launching a proactive response. This time, however, the response plans are only 35.4 percent funded as of June—a funding gap of $1.5 billion—raising fears that the 2011 scenario could repeat itself. Already 15.3 million people are in need of humanitarian assistance and 5.6 million are displaced. The UN Office for the Coordination of Humanitarian Affairs recently warned, “The resources are so inadequate that it isn’t that activities can’t scale up, but that response is actually being scaled back in some areas.”

The news isn’t all grim. Neighboring Kenya, which was officially designated a “middle income” country in 2014, and Ethiopia, a fast-growing economy that has undergone significant recent political reforms, have both improved their resources and capacity to respond to Somalia’s humanitarian crises after dealing with the fallout in recent years (although Ethiopia is currently coping with a displacement crisis of its own). And while Somalia is far from stable, the security situation has improved greatly over the past decade, allowing relief workers to operate safely throughout more of the country.

The nature of Somali society is also transforming, with rural populations rapidly abandoning pastoralist lifestyles and moving to cities—a development that may make them less vulnerable to drought but presents other social challenges.

Still, the lack of funding is exacerbating inequality in a world where the poor countries that have contributed least to climate change are feeling the worst of its effects. Industrialized nations pledged in 2009 to mobilize $100 billion a year by 2020 to help poor countries adapt to the effects of climate change, but only a fraction of that money has materialized. President Donald Trump, a climate change skeptic, cut off U.S. funding to the U.N.’s Green Climate Fund in 2017.

Somalia itself has been in a state of civil war for nearly 30 years, lurching from one political and economic crisis to another. While there seems to be no lack of funding for stepped up drone strikes against militant groups, or naval patrols to protect international shipping from pirates, when it comes to humanitarian needs, “donor fatigue” is often cited as an explanation for the shortfall. But, as Barter puts it, “When you’re fatigued, people in the Horn of Africa die.”