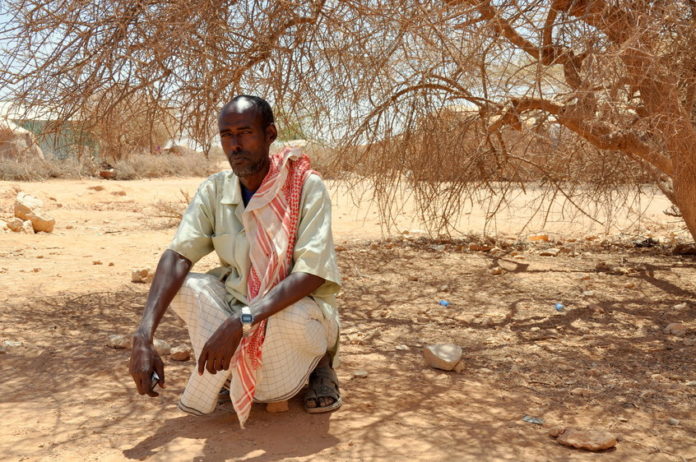 A water expert in Los Angeles is warning his former country, the Republic of Somaliland, to perform some basic civil engineering to save its underground water reserves – or face permanent unviability as a place for human habitation.

Simple techniques such as recharge dams and “spreading grounds”, which catch rain when it comes and channel it into depleting aquifers, are needed urgently as the impoverished and drought-ravaged nation intensifies water drilling to cope with urbanisation.

The self-declared republic, home to 3.5 million people, must spend more of its limited budget on engineering works now common in Los Angeles, said Adan Iman, a management consultant at the Los Angeles City public works department and writer on Somaliland.

“The bottom line is that the government must do something about it. I want to say to them, you are using the water that is supposed to be used by your great grand kids”– Adan Iman, Los Angeles City public works department

Along with Yemen, South Sudan and areas of northern Kenya and Nigeria, Somaliland is experiencing famine brought by a prolonged drought. Its government declared a state of drought in August 2015 after experiencing two failed rainy seasons.

The failures, which were associated with an El Niño event in the Pacific Ocean, are particularly serious for Somaliland because it has no permanent rivers or lakes and has an economy that relies largely on the herding of sheep, camels and cattle for export to the Gulf states.

Adan Iman, who grew up there, said the more serious long-term effects of the drought would be to deplete the country’s store of underground water. He urged the government to invest in civil engineering schemes to replenish its aquifers.

He told GCR: “The government has an annual budget of $250m and they have to allocate some of it to water. When Somaliland was under British rule they carried out surveys, and they know where the water is. They should now build spreading grounds and recharge dams where the aquifers are.”

He said that instead, the government’s response was to “drill, drill, drill”, but that increasingly the water table was becoming depleted.

“People are coming into urban centres, and they are building more homes with septic tanks so the per capita consumption of water has increased. But this water is going to end. When I was growing up in the 1960s you could reach water right away; now it’s going deeper and deeper.”

The position of the government is complicated by chronic instability of its surroundings, which means that it spends half of its revenue on security.

There is also a problem with its legal status. The Republic of Somaliland has declared itself to be an independent state, but it is internationally recognised to be an autonomous province of Somalia. That means that all aid from international donors is given to the government of Somalia. In practice, Somaliland receives minimal international support.

Iman argues that if the Somaliland government were to take action the international community would find a way to help it. He said: “There is a business community that has money and the government could increase the budget for the department of water to third after defence and education. If the international community sees they are helping themselves, then they will get assistance to build dams and spreading grounds.”

Spreading grounds are a technique used to replenish underground water stores in low-rainfall areas that experience occasional storms. They are relatively inexpensive in civil engineering terms, and consist of a basin with a porous or permeable subsoil connected to a target aquifer that can be filled by storm drains. The City of Los Angeles has 27 of them.

The dams are similar in effect, in that they prevent the run-off from storms from flowing past the “recharge zone” of an aquifer.

Iman said: “The bottom line is that the government must do something about it. I want to say to them, you are using the water that is supposed to be used by your great grand kids.”