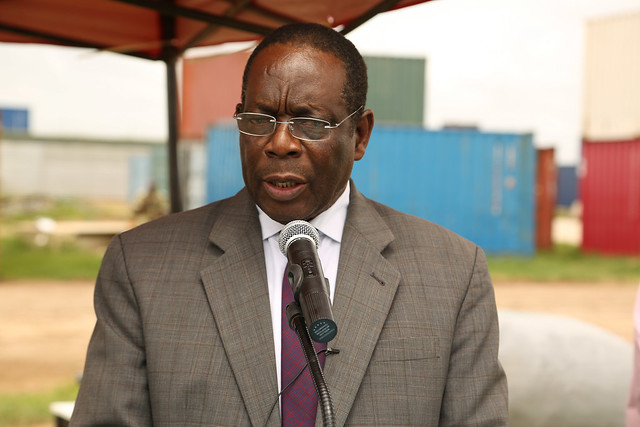 The Special Representative of the Chairperson of the African Union Commission (SRCC) for Somalia, Ambassador Francisco Madeira, has assured the Independent Expert on the Human Rights Situation in Somalia Mr. Bahame Tom Mukirya Nyanduga that AMISOM continues to conduct its operations in full compliance with its obligations under International Humanitarian Law (IHL), Human Rights Law and the United Nations Human Rights Due Diligence Policy (HRDDP).

Ambassador Madeira was speaking in Mogadishu on Tuesday after a meeting he held with the Independent Expert in his office at the AMISOM Mission Headquarters.

He informed Mr. Nyanduga that AMISOM has strengthened its internal oversight and accountability mechanisms such as Boards of Inquiry (BOI) to ensure enhanced compliance and accountability on issues relating to IHL and human rights law.

All credible allegations of violation of IHL and human rights are thoroughly investigated and commensurate action is taken when such allegations are substantiated.

There has been a reduction in the number of allegations reported by the UN and NGOs in 2018 compared to 2017, from about 94 cases related to civilian casualties to 21 respectively”. Said Ambassador Madeira.

He observed that this declining trend in the number of allegations of violations of human rights and IHL attributed to AMISOM is expected to continue in 2019 as AMISOM continues to strengthen its prevention and accountability mechanisms.

With regard to amends payment, Ambassador Madeira said that there has been lack of positive response from the International Community to the repeated appeals by AMISOM and UNSOS for the provision of funds to pay amends for the civilian casualties.