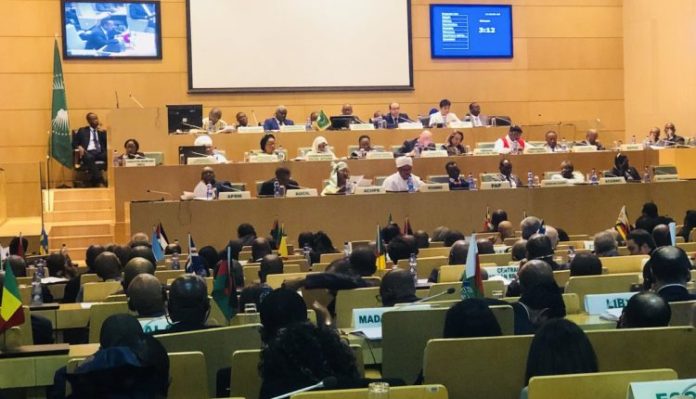 Addis Ababa Feburary 10/2019 The 32nd Ordinary Session of the Assembly of Heads of State and Government of the African Union (AU) kicked off today in Addis Ababa under the theme “Refugees, Returnees and Internally Displaced Persons: Towards Durable Solutions to Forced Displacement in Africa”.

African leaders are set to take significant steps towards formalizing the reform agenda of the union and inaugurate the statue of his Majesty Emperor Hailesilassie I.

The 32nd Ordinary Session of the Assembly of the African Union marks the end of Rwanda’s one-year Chairmanship of the Union.

President Paul Kagame will continue serving as a member of the Troika, which includes the current chair of the AU-President Abdel Fattal el-Sisi as well as the next chair.

The President will also continue to lead the AU institutional reform process as entrusted to him by African Heads of State and Government during the AU Summit in Kigali in 2016.

On Saturday evening, African leaders met in gala dinner hosted by Prime Minister Abiy Ahmed in honor of Heads of State and Government attending the 32nd Ordinary Session of the Assembly of the African Union.

Premier Abiy said during the occasion that Ethiopia is on the path to reform under the philosophy of “Medemer” and called upon African leaders to take up this synergy at the continental level.

He further underlined that “Medemer” is key for the continent to be of service to others if Africans work on ensuring peace, development and prosperity of the continent.