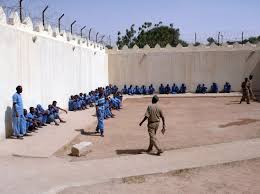 HARGEISA–At least nine inmates in Hargeisa main prison are on hunger strike to protest against being kept in the jail after having completed their sentence terms. This was confirmed by the relatives of the inmates that they have grieved over the detention. Inmates are reported to continue their hunger strike until their demands are met and that justice is served. The inmates have apprised of their relatives who deliver food to the prison that they would stop eating. They were sentenced to jail terms during Riyale presidency. They launched the protest on 4th August, 2018. Inmates across Somaliland often hold hunger strikes to draw attention to their plight.