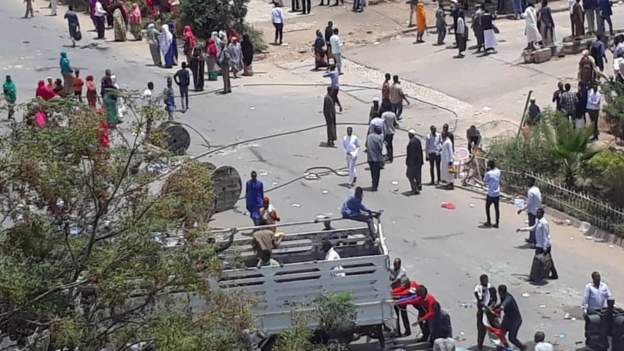 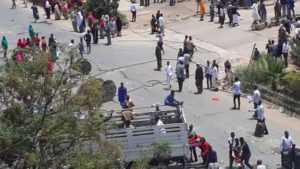 Non-Somalis living the eastern Ethiopian city of Jigjiga are “in hiding”, a resident of the city has told the BBC Amharic service.

Jigjiga is the main city in the country’s Somali region.

At the weekend angry crowds took to the streets after the Ethiopian military deployed in the city to try to end a power struggle between the Somali region’s local administration and the central government.

There has been a wave of ethnic violence in the Somali region in recent days leading to eight churches being set on fire and several priests being attacked.

Fighting between ethnic Somalis and Amharas continued in Jigjiga into Sunday.

On Monday, the situation in the city was calmer, the resident told the BBC..