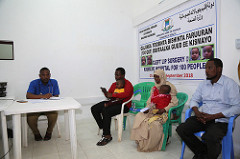 The two-week medical camp, being held at Kismayo General Hospital, plans to benefit more than 100 patients in Jubbaland state.

Cleft lip and palate is a condition that occurs when a baby’s lip or mouth does not form fully during pregnancy. It can either be a small or large opening that goes through the lip to the nose, making feeding and speaking difficult.

Speaking in Kismayo, the team leader, Dr. Col. James Kiyengo, said the medical camp will benefit both children and adults.

“We are going to do cleft palate surgery and also train doctors at Kismayo General Hospital on how to do the operation,” Dr. Kiyengo explained, adding that the team has enough equipment and drugs to conduct the surgeries and thanked various stakeholders for the support.

He expressed hope that the medical camp will reduce the pain and stigma suffered by people with the deformity in Somalia.

“Cleft lips are a problem because the child cannot play with other children, he cannot go to school, he is not comfortable with neighbours and when he grows up he can’t marry or get married,” Dr. Kiyengo said, adding that the exercise is expected to help address some of the challenges faced by residents with cleft lip problems.

The free medical camp is a blessing to the patients given the high cost of treatment and lack of specialists capable of handling the disorder in Somalia.  Cleft lip and palate entails two or three operations and normally involves a group of medical specialists, among them, speech therapist, psychologist, dentists and odontologist working together to ensure the surgery is successful.

Mohamud Kuresh Ibrahim, who brought his one-year-old son to the hospital after learning about the free medical camp on radio, was overwhelmed with joy, saying his child has been freed from social stigma.

“I brought him from Bula Haji town located 90 kilometers from [Kismayo], and thanks to God, his operation was successful and I hope he will get even better,” said Mr. Ibrahim. “There is noticeable change, because initially this place [the lip] was open but it has been corrected. I expect a lot more improvement but as of now, he is healthy and will get better.”

The first free medical camp was conducted in 2016 at AMISOM Level II Hospital, in Mogadishu, where more than 100 people benefited from the corrective surgeries.  In March, this year, a similar exercise was held at Baidoa Regional Hospital in South West state, where more than 40 patients were operated on.

Cleft lip and cleft palate are thought to be caused by a combination of genes and other environmental factors. While babies with cleft lip can breastfeed, a cleft palate can make sucking difficult and cause hearing loss. 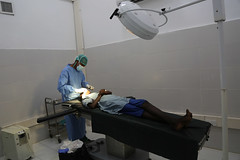 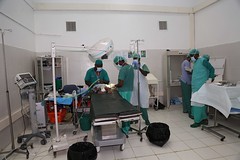 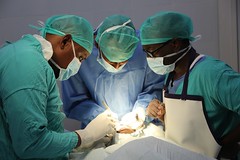 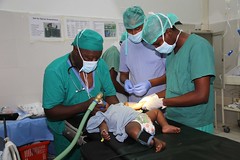 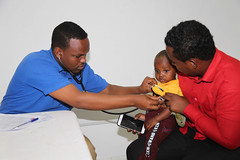 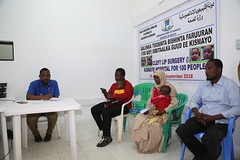 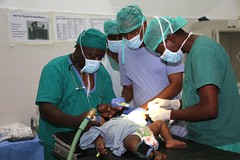 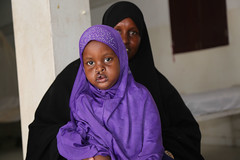 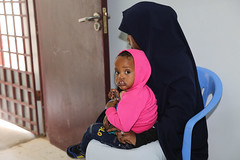