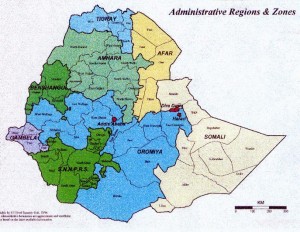 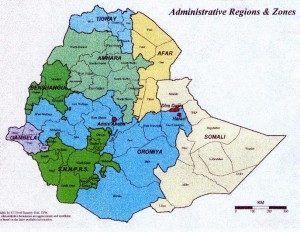 More than 95 percent of Somalis in the region voted for the ruling EPRDF, thereby bestowing a veneer of legitimacy on the ruling party of Ethiopia. It is questionable legitimacy when a segment of the Ethiopian citizenry has no political party within the ruling coalition.

This political disadvantage affects Somalis in different ways. The Central Government in Addis Ababa allocates more human development projects to the regions whose parties are within the EPRDF coalition. Somali Killil was aligned with the TPLF, but the one-time guerrilla outfit has not made efforts to upgrade the political status of the Somali Killil’s party. Now that the OPDO is the top party of the coalition, it intends to replace the TPLF as the sponsor party of the Somali Killil. Parties within the EPRDF coalition have a stronger say in national policies.

Without addressing the problem of the political inequality in Ethiopia, the change of leadership in the Somali region of Ethiopia bodes ill for Somali-Ethiopians for several reasons. In a political system in which some citizens remain politically unrepresented at the core powerful parties, rulers are able to devise policies that maintain the outsider status of marginalized citizens. The Ethiopian government aims to extract resources in the Somali Killil, but Somalis will have fewer benefits compared to other well-represented ethnic group (e.g. Amhara, Oromo, Tigre and Southern Nations, Nationalities, and Peoples).

The justice system in Ethiopia remains biased towards other politically well-represented Ethiopian ethnic groups. The Qeerroo militias of Oromia region have killed many Somalis, but no one from Oromia has been accused by the Ethiopian government of fomenting ethnic hostilities nor has an independent inquiry into the communal violence been conducted. The OPDO status protects Oromia against demonization. Politically powerful Ethiopian ethnic groups would do well to remember Dr Martin Luther King’s dictum: “Injustice anywhere is a threat to justice everywhere.”

Ethiopia has made political and economic progress since 1991, but it should not rest on its laurels. There are glaring injustices that afflict Somali-Ethiopians. Dr. Abiy Ahmed, Prime Minister of Ethiopia, vowed to prepare Ethiopia for the 2020 elections. It does not seem he has the Somali region of Ethiopia in mind given the political inequality that deprives Somalis of political rights enjoyed by other Ethiopians, who are represented within the ruling EPRDF.