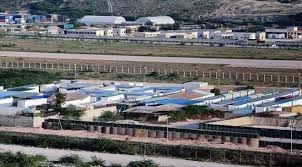 The militant group of al-shabab in Somalia have fired mortar shells targeting fortified Halane Compound in Mogadishu on Sunday. According to reports, the militants have fired a series of mortar shells on the camp which hosts AMISOM, Western diplomats, and foreign embassies. At least 7 mortar shells hit the grounds of the compound. The attack comes a week ago after it shelled 5 mortars hit Halane base camp. The militant group al-shabab has claimed responsibility of carrying out the raid. No human casualties were reported as far as the attack is concerned.