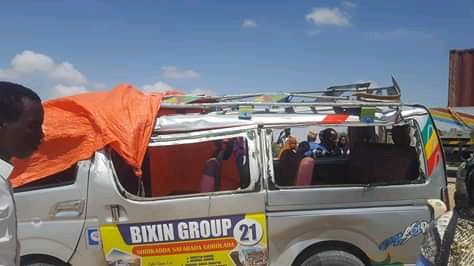 Somaliland’s traffic police spoke of car accident that occurred in an area between Koodayare and Da’ar Budhuq yesterday. The police confirmed that two Somaliland nationals and two Bangladeshi citizens died in the accident. Ten people were reportedly wounded in the accident where 6 are from Bangladesh while 4 others are from Somaliland. The minibus which was ferrying the passengers was owned by Bixin transportation firm. Traffic police chief, Mr. Faisal Hiis said that the reason which was behind the car accident was that the driver was talking on the phone. Once the accident was reported then scores of traffic police rushed to the scene. The chief traffic police sent stern warning against drivers who are accustomed to talking on the phone while hitting the road. He urged the passengers to report to the nearby traffic police. He also sent condolences to the families that lost loved ones. 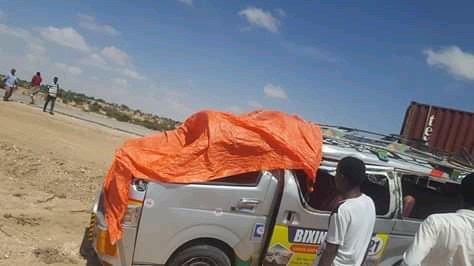