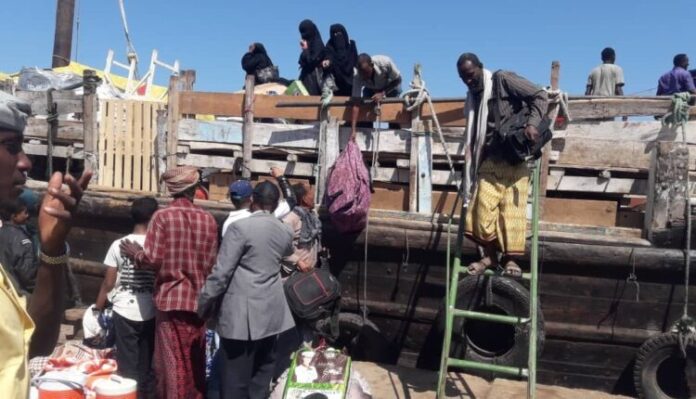 Yemeni refugees as well as Somalis who have escaped from the war torn country of Yemen have arrived in Somalia’s coastal city of Bosaso on Wednesday. The refugees were 75 families that have fled from the hostilities that ravaged Yemen. Officials of Puntland’s interior ministry received the refugees upon arrival. The refugees will be rehabilitated according to Puntland official. Authorities said that this is the second boatful of Yemeni refugees and Somalis that arrive in Somalia for the past couple of weeks. Puntland with the support of IOM and UNCHR has been receiving refugees that have fled from war ravaged country of Yemen.