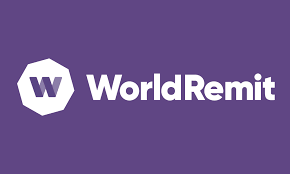 The money transfer service, empowering Somalis at home and abroad.

LONDON–(BUSINESS WIRE)–WorldRemit, the global online money transfer service has announced the launch of its remittance services in Somalia. WorldRemit operates in over 50 send countries to over 150 receive countries and is now the first global digital money transfer player to operate in Somalia.

According to the World Bank, an estimated $1.4 billion in remittances is sent to Somalia every year by approximately 2 million Somalis in the diaspora. The remittances contribute to 23% of Somalia’s gross domestic product which is a vital life-line for many Somalis who rely on it to get food, shelter, pay for education, health services, and sustain their small businesses.

Those in the diaspora mostly fled the country during the two decades of conflict and previously relied on bricks and mortar money transfer agents whose operations have been severely limited due to Covid-19. WorldRemit delivers a digital service that removes the middleman and allows Somalis living in the United States to send money home 24/7 at their convenience, quickly and securely.

“We are happy to be able to provide this great opportunity for Somalis in the United States to now remit home with ease. We have partnered with Dahabshiil, the largest Cash Pay Out network in Somalia which has more than 200 locations. We will also soon be launching a Mobile Money service. This launch will kick start the transition from offline remittances to online, where Somalis will have access to safer, faster and low-cost money transfer methods,” said Ahmed Tani, Country Manager Somalia, WorldRemit.

Customers in Somalia can receive remittances via WorldRemit from friends and family anywhere across the United States via Cash Pick Up. Recipients do not need a smartphone.

Visit the WorldRemit website for more information on how to send money to Somalia or download the App from an iOS or Android device.

On the sending side WorldRemit is 100% digital (cashless), increasing convenience and enhancing security. For those receiving money, the company offers a wide range of options including bank deposit, cash collection, mobile airtime top-up and mobile money.

Backed by Accel, TCV and Leapfrog – WorldRemit’s headquarters are in London, United Kingdom with a global presence in the United States, Canada, South Africa, Japan, Singapore, the Philippines, Australia and New Zealand.