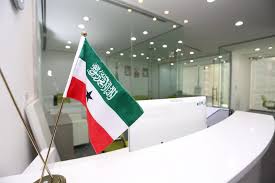 Somaliland is one of the most interesting cases of secession in international politics. Its 1991 unilateral declaration of independence from Somalia saw the country reclaim its status as independent country, which it had lost in 1960. Since then, it has consolidated its statehood and now functions as a state by all accepted criteria. However, despite this, it remains wholly unrecognized on the world stage. In this video, I look at why it has struggled to gain international acceptance. Welcome to Independent Thinking. A channel dedicated to international relations, independence disputes, secession and the origins of countries. In June 1960, the British Protectorate of Somaliland became independent. In the days that followed, it was recognized by over 30 countries. However, its statehood was short-lived. Just days later, it merged with the newly independent Italian-administered territory of Somaliland, to its south, to form the Somali Republic. However, it was not a happy union. In 1991, as Somalia descended into anarchy, Somaliland seized the opportunity to declare independence. Since then, it has managed to consolidate its independence. It is widely regarded as meeting the conditions for formal statehood. Indeed, a 2005 African Union fact-finding mission even recommended that it be recognized. However, despite its best efforts, this hasn’t happened. In fact, since then, things have become even more difficult. However, balanced against this, there are some geopolitical changes that might alter things in Somaliland’s favor. I hope you found this video useful. If you did, please do press the ‘Like’ button. And don’t forget to subscribe and press the notification bell if you would like to be alerted to my future videos. Also, if you have any suggestions for topics that you would like to see me cover, please leave a comment below. Thank you.