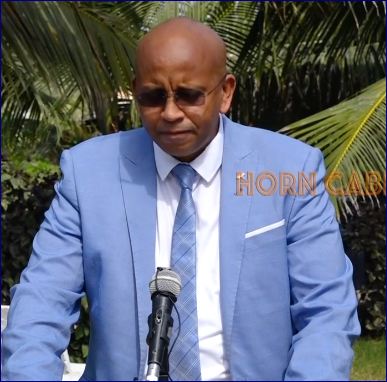 MOGADISHU–Professor Osman Abukar Dubbe who hails from Somaliland and is well known has officially announced a political party in Mogadishu, Somalia’s capital on Sunday.

The scholar from Somaliland has been working closely with SL’s ruling Kulimiye party.

He was among the campaigners during the last presidential polls in 2017 and which propelled the incumbent Somaliland leader, Musa Bihi Abdi to the office of the presidency.

The party was officially registered by the Commission tasked to register the national political parties in Somalia which is transitioning from clan based election to one man one vote election mode. 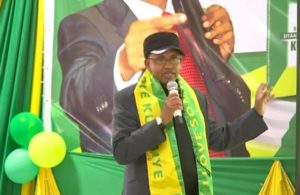 “We have just left from the office of the Commission responsible of the registration of political parties in Somalia. Our mission and vision is to heed to the call of Somali populace. Somalia regained its independence back in the 1960’s but countries that gained their freedom the same year with Somalia made huge progress by leading their people to peace and prosperity. Somalia witnessed decades of tragedies, civil wars and backwardness.” Professor Dubbe narrated.