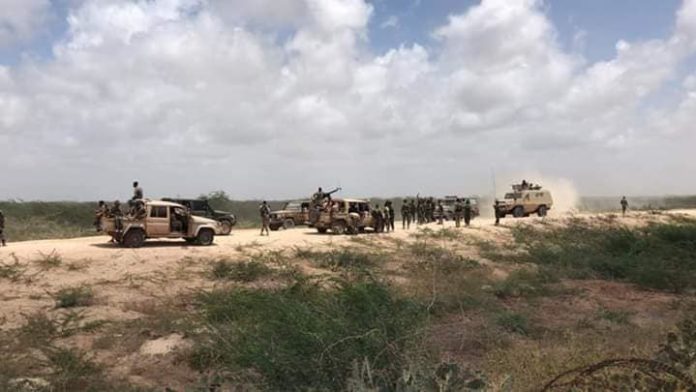 The strikes, which AFRICOM said killed eight al-Shabaab militants and no civilians, occurred on Sunday, April 5 near the town of Mubaraak.

The U.S. military has increased its targeted strikes against al-Shabaab since 2014, part of a campaign to beat back the militant organization and prop up forces of Somalia’s federal government, which is based in Mogadishu.

The African Union has contributed some 20,000 troops to the fight under the banner of a peacekeeping mission known as AMISOM, or African Union Mission in Somalia.

Al-Shabaab, an Islamist movement with close ties to al-Qaeda, has sought to overthrow the Somali government for more than a decade. AMISOM drove the militants from Mogadishu in 2011, but al-Shabaab still launches deadly attacks on civilians and security personnel in the capital and control swaths of Somalia’s rural south.

So far SNA forces have had little success securing rural territories outside the capital.

AFRICOM commander Lieutenant General Stephen Townsend has defended the campaign’s slow progress against criticism, saying he does not consider the mission to be a case of “whack-a-mole.”

In a shift, AFRICOM said last month it will begin issuing quarterly reports on civilian casualty allegations and internal assessments by the end of April.

Amnesty International released a report last week with further evidence a February U.S. airstrike in the town of Jilib killed a teenage girl and wounded her two sisters and grandmother, in an incident first reported by The Defense Post.