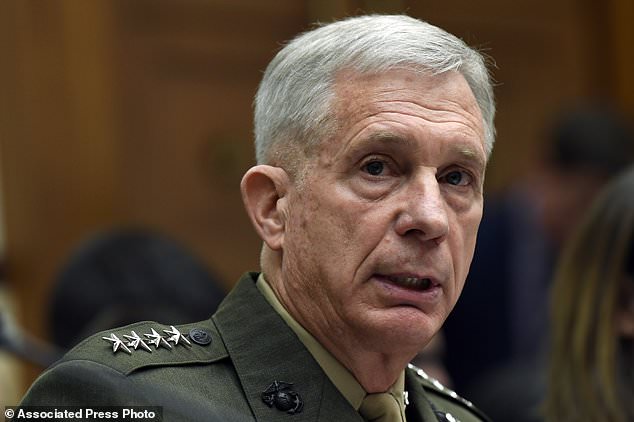 WASHINGTON (AP) – Planned troop cuts on the African continent will have no impact on counterterror operations in Libya and Somalia, where American airstrikes target insurgents, the top U.S. commander for Africa told Congress Thursday.

General Thomas D. Waldhauser, head of U.S. Africa Command, said about 300 troops will be cut by June 2020, in phase one of a 10 percent reduction. But he said he’s not sure if the second phase of the reduction will be ordered.

The Pentagon called for the reduction in U.S. troops in Africa as part of plans to refocus attention on great power competition from Russia and China. But the cutbacks have triggered concerns from Congress members who questioned if they would increase terrorism threats on the continent. Waldhauser told lawmakers that officials will watch for any possible impact of the changes, and he will push back on future cuts if they become a problem.

At any given time there are roughly 6,000 U.S. troops in Africa, with the bulk of them – more than 4,000 – at the U.S. base in Djibouti. There are about 500 U.S. troops in Somalia, where the U.S. has escalated airstrikes against al-Shabab, which is linked to al-Qaida and is the deadliest militant group in the region.

Already this year, the U.S. has conducted 24 strikes on al-Shabab — already more than half the total number of strikes done in all of last year. U.S. Africa Command said the strikes this year have killed about 236 militants. There were about 338 killed in 2018.

When considering the cutbacks, Waldhauser said the U.S. avoided scaling back at all in Somalia and Libya, where the counterterrorism fight has been very active. 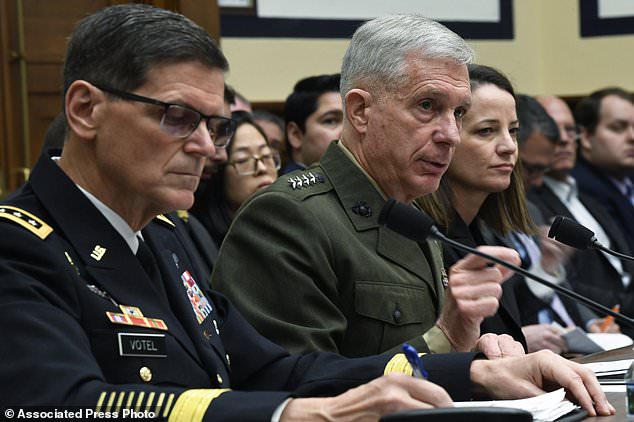 “We’ve tried to take forces that have been involved in working with units that have been trained for quite some time and that their threat to the homeland is questionable at best,” said Waldhauser. Of the 300 cut, about 130 are special operations forces and the rest are conventional forces.

He would not detail what countries would be affected but said the cutbacks involved U.S. troops in countries where they have trained local forces for several years, and those indigenous troops can now operate on their own.

Waldhauser was also repeatedly pressed by committee members about the ongoing review of the deadly operation in Niger that led to the deaths of four U.S. soldiers in October 2017.

The Pentagon has so far failed to release details about any reprimands or punishments resulting from the mission, or any recommendations for valor awards. A full report has been expected for months, but officials said Thursday that Acting Defense Secretary Patrick Shanahan is reviewing the final report.

Waldhauser told lawmakers that a number of changes have been made to address shortfalls in military procedures, training and operations. He said more airborne surveillance is available and medical evacuation times have been reduced in case of emergencies. In addition, officials have changed procedures for missions and beefed up training.