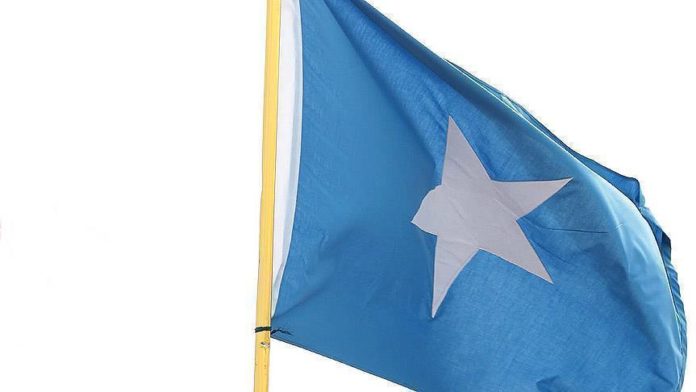 JOHANNESBURG  –More U.S. airstrikes in Somalia against Al-Shabaab will not bring peace to the troubled nation or discourage the terrorist group from continuing its operations, experts said.

“Somalia needs a national dialogue. International support should focus on reaching a negotiated peace and justice based on reconciliation,” Shadrack Gutto, an emeritus professor at the University of South Africa, told Anadolu Agency on Tuesday.

Gutto said that the international community should help train and equip the Somali national army so it can achieve the capacity to protect its own territory.

He added: “No foreign power can bring stabilization to another country, especially where there are divisions, as in the case of Somalia, where one group — Al-Shabaab — says it’s fighting to create an Islamic state, while other groups fight for clan or ethnic dominance.”

“I think that U.S. airstrikes are a short-term [i.e., cosmetic] solution for stabilizing Somalia,” Gutto said.

For the last several years, the U.S. has been conducting joint operations with the African Union Peacekeeping Mission in Somalia (AMISOM), along with the Somali army, with the frequency of U.S. airstrikes in the country increasing noticeably in 2017.

Now a month rarely passes without the Pentagon announcing a fresh round of strikes in Somalia ostensibly aimed at weakening Al-Shabaab, an Al-Qaeda ally that has fought for more than a decade to overthrow the Somali government.

“The bottom line is the Somali national army needs to grow; it needs to step up and take responsibility for its own security,” he was quoted as saying.

So far this year, Waldhauser said, the U.S. had already carried out over 10 airstrikes in the troubled Horn of Africa country.

He went on to praise Turkey’s humanitarian efforts in Somalia, describing Turkish assistance as “critical” to rebuilding the country, much of which was destroyed by decades of conflict.

Turkey provides badly-needed humanitarian aid — including food, medicine and education — to Somalia’s most vulnerable communities, building several hospitals and schools in recent years, along with an airport.

Yusuf Serunkuma, a research fellow at Uganda’s Makerere University, also believes that dialogue — rather than force — is the key to ending years of conflict.

“Neither having a strong Somali national army nor increasing [the frequency of] attacks on Al-Shabaab will pacify Somalia,” he said.

“The Somali government should instead engage all stakeholders, including Al-Shabaab, in dialogue,” he told Anadolu Agency by phone from Kampala.

An expert on the Horn of Africa region, Serunkuma called on the Somali government to grant local clan elders — who wield considerable influence over their clans — more power in the country’s representative assemblies.

He also urged the government and its international partners to address the factors that led to the 1991 coup that resulted in the overthrow of late President Mohamed Siad Barre.

Somalis, the majority of whom are Muslim and who speak a single language, are divided primarily along tribal lines. In recent years, however, Somali activists have campaigned hard to rally their compatriots against deep-seated clan politics.

Their efforts appear to have yielded results, with the growth of “anti-tribal” movements recently springing up across the country and in the Somali diaspora.

Meanwhile, Somalia’s international partners, including Britain and Turkey, continue to host dialogues between the country’s rival factions — a policy Serunkuma believes could, unlike U.S. military might, eventually yield peace.