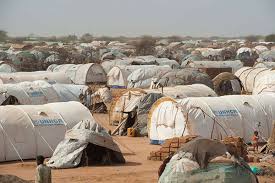 Insecurity in Somalia is diminishing the numbers of refugees willing to return home from the Dadaab camps in northern Kenya, the United Nations said recently.

A total of 84,230 Somalis have taken part in the UN’s voluntary return programme since its inception five years ago.

So far this year, fewer than 1400 have gone back to Somalia under UN auspices.

The total population of the nearly 30-year-old Dadaab refugee complex, which the Kenyan government is seeking to close for security reasons, has dwindled only slightly in recent months.

Kenyan officials have said that Dadaab is the scene of al-Shabaab plotting and recruitment.

The Dadaab head count stood at 210,472 at the end of June. That represents a decline of only 84 persons over the past three months.

“Diminishing interest in voluntary repatriation is continued to be observed in the three camps” that make up the Dadaab complex, the UN refugee agency said on Friday.

“This may be linked to the limited number of return areas due to political developments which have impacted on the security situation in the country,” the UN agency added.

It noted that prior to the start of Somalia’s election season last October Somali refugees were able to return voluntarily to as many as 10 areas designated as safe.

But since last October, the UN agency has been able to assist returns to only two areas: Kismayo and Mogadishu.

Those refugees who agree to return to Somalia from Dadaab can currently do so only by air. “Facilitation of road movement remains suspended due to military operations en route to Kismayo, Baidoa and other major return areas,” the UN agency said.

Meanwhile, thousands of Somalis who took part in the voluntary repatriation programme have returned to Dadaab, likely due to threatened or actual violence and inability to find work in their homeland.

Nearly 3,300 Somalis who had agreed to go home have come back to Dadaab in recent months and are awaiting processing in the camps. They are among a total of 15,302 “undocumented persons” who are living in Dadaab but are apparently not included in the UN agency’s overall count of residents in the camps.

Also slowing the exodus from the camps is the reluctance of most rich countries to accept significant numbers of Somali refugees for resettlement.

The quota for transfer of Dadaab residents to other countries stands at 975 individuals for all of 2019. Canada is set to receive the largest share of Somali refugees (350), followed by Sweden (300), Australia (200), United Kingdom (75) and the United States (50).

There is thus little chance that the Dadaab complex will soon be emptied of refugees — unless they are forced to leave. But the Kenyan government has pledged to respect the rights of refugees, including safeguards against involuntary repatriation.

While Dadaab accounts for the largest share of refugees in Kenya, another quarter-million are living in either the Kakuma camps or in urban areas of the country. 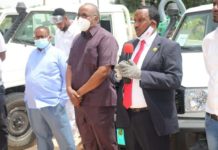 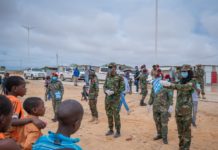 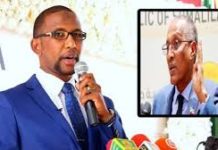