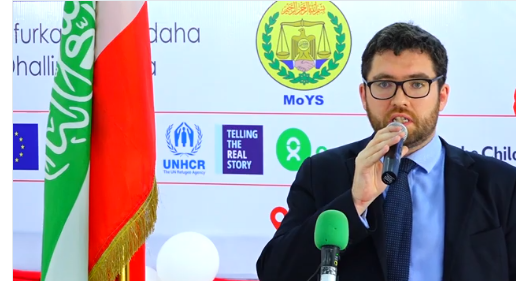 HARGEISA– The UK gov’t has announced that its gov’t is committed to supporting youth in Somaliland. This was announced by head of UK mission to Somaliland, Mr. Stuart Brown while in attendance of Somaliland youth Day commemorations held in Hargeisa.

Mr. Stuart has said that the gov’t of the UK provided support to the youth development programs and is now ready and determined to further inject funds aimed at developing youth in the country. The head of a mission has further revealed that most of funds at this time around will go to the Sanaag and Sool provinces and the funds will be channeled through the Somaliland Development Fund (SDF). Mr. Stuart has further said that his mission is working closely with the ministry of education in supporting youth to get scholarships. The mission will conduct exams where Somaliland students will sit for the exams in order to go and study universities in the UK.