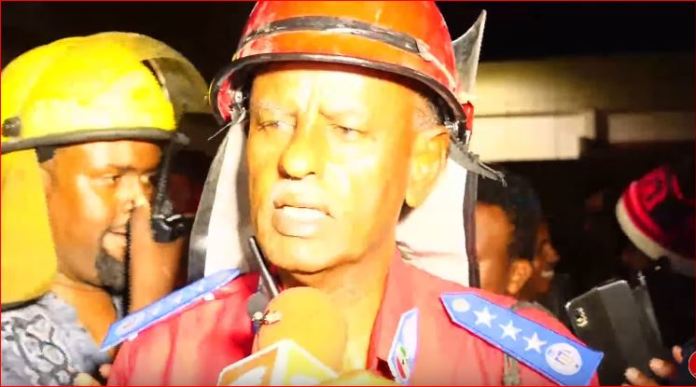 Two children died after blaze erupted at their residential house in Hargeisa.

Those who were wounded in the fire were admitted to hospital to get further medical attention.

Hargeisa fire brigade evacuated four children and a man who is mentally challenged from the scene.

Initial reports indicate the children were born to a Somaliland soldier who was on duty by the time the tragedy occurred.

The Head of SL’s Fire Brigade blamed local drivers of not heeding to the alerts of the emergency team during the rescue operations.

Hargeisa Mayor Abdikarim Ahmed Moge described as intolerable as residences block roads and further promised he will take actions to clean it.