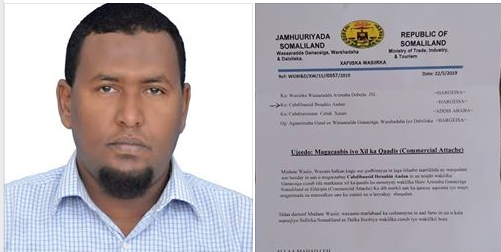 The official letter from the trade minister in which he appointed Mr. Abdibasid.