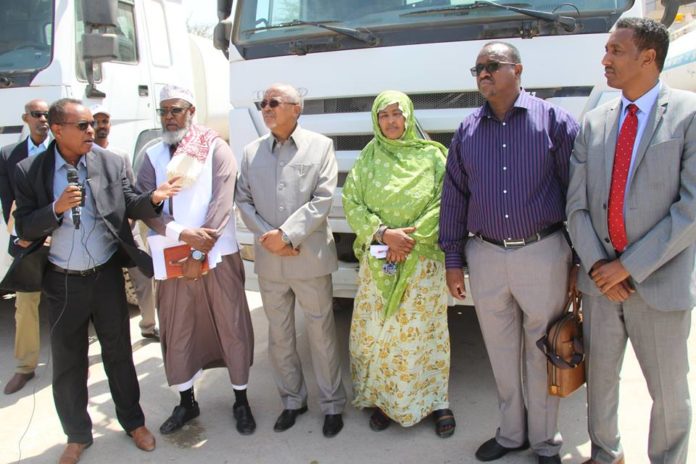 The food storage and disaster preparedness agency in Somaliland has received the first batch of water tanks from the deputy president Mr. Abdirahman Sayli’i on Sunday.

The tanks will be trucking water to drought hit communities in Somaliland who are in desperate in need of water rations. The Vice president has said that most of people in the eastern regions in Somaliland have been affected by severe drought and urgent water will be delivered to alleviate the situation. Somaliland has recently declared officially declared new droughts in affecting 1.5 million people in all regions of Somaliland and need urgent assistance due to Deyr season rains failing.