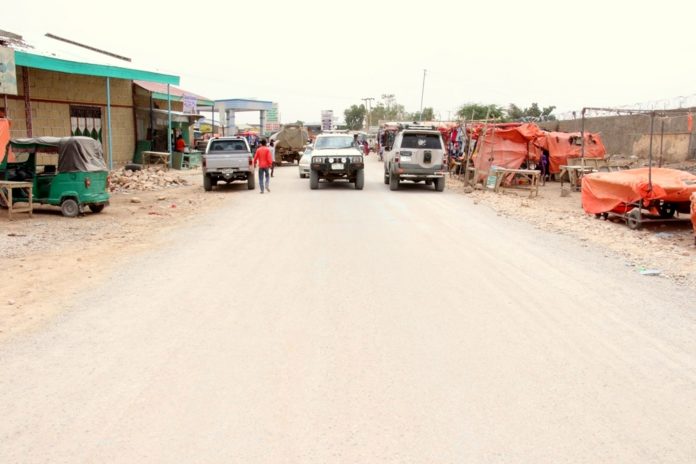 The Minister of Transport and Road Development of the Republic of Somaliland, Hon. Abdallahi Abokor Osman opened the new Hawd Road in Burao town, which was built by the Somaliland Roads Development Agency.

Mr. Mustafa Farah Qallem, the deputy director of Somaliland Roads Development Agency who headed the construction works said that the new roads begin at Waasac Petrol Station and end at the Hawd control.

“We are opening here today the Hawd Road, a road developed by the Somaliland government, the Ministry of Transport and Road Development and the Roads Authority and together with the local government. In this neighborhood two months ago the Minister of Transport promised to complete this road, we have completed it, and we will complete the rest.

The mayor of Burao, Mr. Mohamed Yusuf Abdirahman Murad, also spoke about the completion of the road, which has been in the pipeline for some time but has now been completed. Today we’re opening the new road which begins from Bar Siigo to Hawd Road though there are some few places that still remains but we have completed most of it and we are in the process of constructing the drainages.

The Governor of Togdheer region speaking during the ceremony said, “This is the road, according to the elders is where the overflows converge from the rest of the city.

Finally, the Minister of Transport and Road Development of the Republic of Somaliland, Mr. Abdillahi Abokor Osman, said, “I am happy that today we have completed part of a project that has been waiting for us for a long time. The two-kilometer (2km) road we completed today.

“It’s not easy to build a road, and you must make drainages to drain the water out of the city boundaries. We have gathered and asked each other questions, God willing we will do something about it before the rains come. ” Said the Minister of Transport and Road Development Hon Abdullah Abokor Osman.