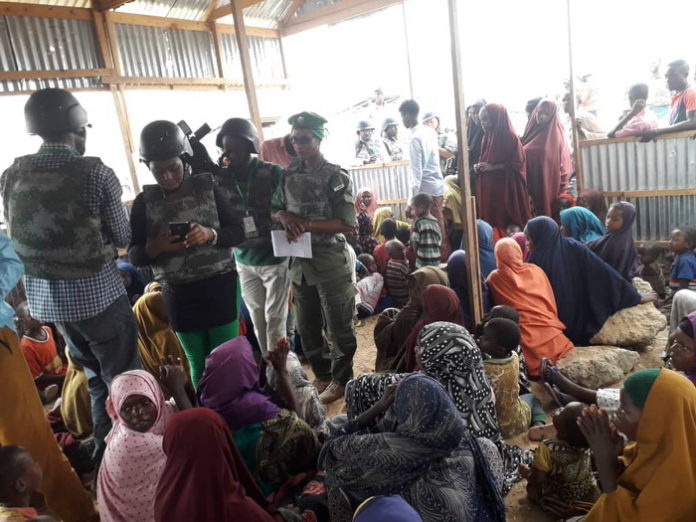 Hundreds of persons displaced internally by the conflict in Somalia shuffle between the more than 1,000 camps for displaced persons in the volatile country in search of food.

This is according to the gender focal person of the African Union Mission in Somalia (AMISOM), Inspector Rachel Malambo.

She said the internally displaced persons move from the camps also as a result of the lack of the ability to meet their basic needs such as water and shelter.

This came to light when journalists from Ghana and Nigeria on a field visit to AMISON sites in Somalia visited the Alrahma IDP camp, in the Nekala community in Mogadishu.

Ms Malambo who led a team of AMISOM officials to the camp said the internally displaced persons “usually move from one IDP camp to the other if they stay for a while and find out they cannot get food and other things as they had expected.”

Sexual abuse
Interacting with the IDPs she said incidents of sexual and gender-based violence (SGBV), in particular the violations of child rights, such as forced recruitment of children as war mongers or for any form of child labour, was high in such situations.

Statistics
Although she could not give the official statistics for the total number of internally displaced persons (IDP) in Somalia which has been in a civil war for close to three decades, Ms Malambo said as at the end of 2017 there were 1,349 IDP camps in Mogadishu, the capital of Somalia, alone.

United Nations High Commissioner for Refugees (UNHCR) in its report on the Somalia situation in 2017 indicated that there was an estimated 1.5 million people internally displaced in Somalia with nearly 900,000 being refugees in the near countries.

The Internal Displacement Monitoring Center (IDMC), an arm of the Norwegian Refugee Council which specialises in data and analysis on internal displacement, indicates that as at the first half of 2018, about 341,000 new displacements were recorded in Somalia between January to June.

It attributed the situation to the conflict and draught and indicated that Somalia was also heavily impacted by disasters, with flash flooding in nine regions which led to 167,000 new displacements in the first half of 2018.

During the visit to the camp which had more women and children than men, journalists could not hide their empathy when they saw malnourished children some as young as two months old sitting helplessly with flies having a field day on their lips and noses.

While some of them sat with scanty clothes while others were carried loosely by their mothers who looked weak themselves.

In some cases, the mothers rarely paid attention to the crying babies who had houseflies all over them while some mothers shouted on the sobbing babies to shut them up without attempting to find out what made the young ones weep.

The only thing they had for accommodation were tents made of strands of cloths and sticks or metal which were so small everyone who went in had to bow.

The tents served as their kitchen and sometimes bathroom even though they rarely had a bath.

In an interview , the head of the Alrahma IDP Camp, Mr Omar Abdul Ali, said most of the IDPs had come from communities in Lower Hirshabelle, one of the six states of Somalia, which was miles away from Mogadishu.

“We have no food, no proper shelter and water. Once in a while we get supply of three meals a day through the support of humanitarian organisations but that is not something we can rely on”, he said through an interpreter. 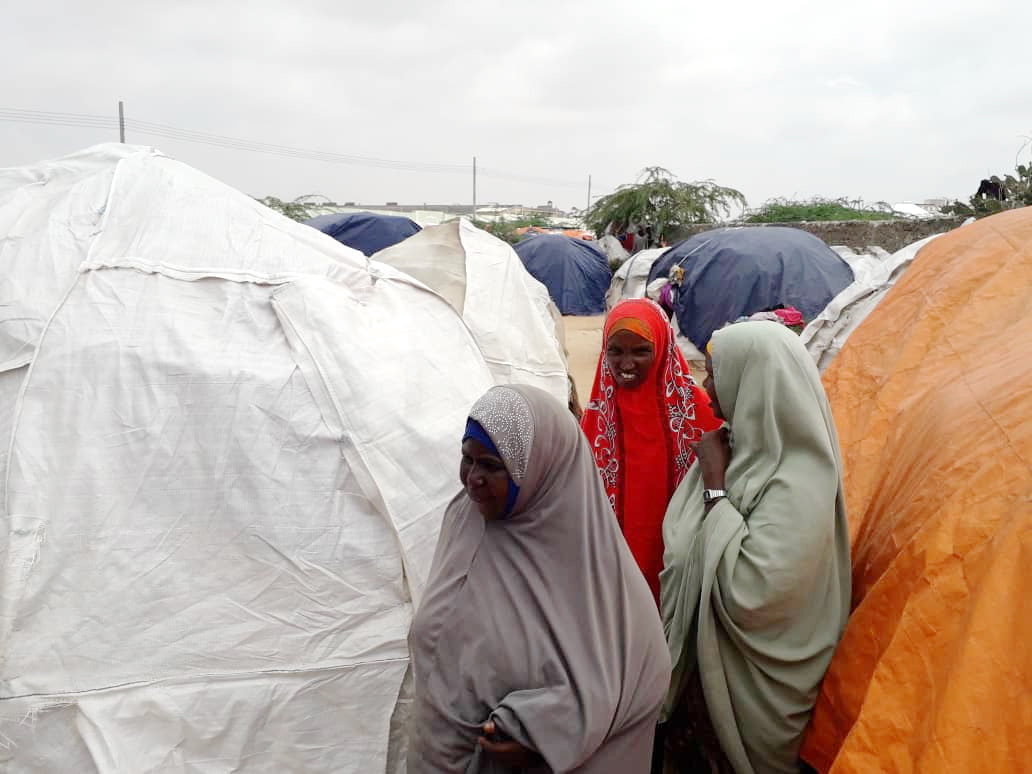 A 42-year-old mother of eight, Abiba Nuru Alle who had her children sitting around her, said she lost the farm which was her only source of livelihood during a clash between clans in her community.

“I lost everything including my husband. He was killed and our home and farms destroyed. I had to flee with my children”, she said through an interpreter as she picked up one of her children who was crying.

Another internally displaced woman, Jamila Ali Mohammed, 37, said she was only about 10 years old when the civil conflict started in her community.

She said she has had to move from one IDP camp to the other as her family was wiped out during the conflict.

“All I have is the piece of cloth I’m wearing now and the four children l have had without a husband. I have nothing,” she said.

Insecurity and Al Shabaab presence in Somalia has been blamed for the increasing number of IPDs in Somalia.

The situation has resulted in limited livelihood opportunities, lack of basic services such as health and education; poor infrastructure and has further exacerbated the plights of the thousands of people who are forced to flee their homes and communities.