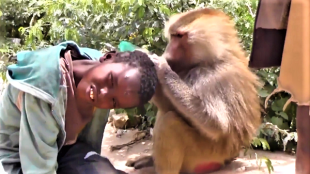 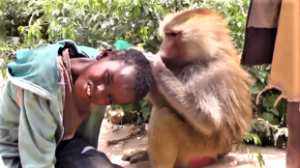 Organizations that advocate for our nation’s street children and the ministry of social affairs have also neglected their duty of protecting street children in our nation. A street child who is aged between 7-9 who spoke to local reporter for Dawan newspaper told that he plays and sleeps with a monkey that he befriended.

The child also said that the monkey has bath with him although he said that he does not know how to swim. The child who is not only among street children but also sniffs glue. Mr. Abdirsahid, a street child told that he is among the children who do not have access to a housing. He called on the government and the public to address their vulnerable situation that they live and urged them to do something for them in order to change their lives for the better.